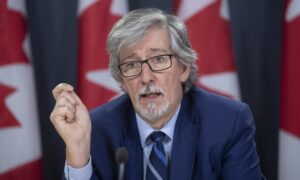 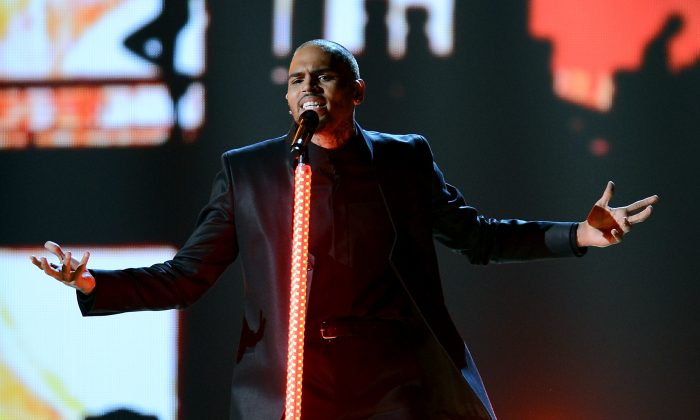 R&B singer Chris Brown performs during the 2013 Billboard Music Awards on May 19, 2013, in Las Vegas. More than 12,000 people have signed a petition to stop Brown from performing in Halifax, Nova Scotia, next month. (Photo by Ethan Miller/Getty Images)
Canada

11,000 sign a petition to exclude singer from concert event
By Justina Reichel

Four sponsors and the mayor of Halifax have joined a public backlash of 11,000 people against American R&B singer Chris Brown, saying the convicted felon has no place performing in their city next month.

Brown is set to headline the “Energy Rush” concert in Halifax at the end of August, but a public outcry over the singer’s history of domestic violence has caused four sponsors, including Rogers Communications and Molson, to drop their support for the event over the past week.

As of Tuesday, more than 11,000 people had also signed a petition asking the show’s promoter, Drop Entertainment Group, along with the hosting radio station Energy 103.5 and the City of Halifax, to stop Brown from headlining the concert.

Brown pleaded guilty to assaulting former girlfriend and pop star Rihanna in 2009, after he smashed her face into a car window and punched, bit, and threatened to kill her during an argument. The assault sent Rihanna to hospital and sparked public backlash against Brown after photos of her cut, bruised, and swollen face were leaked online.

Brown has also been involved in several controversies since the incident. He is scheduled to appear in court on July 23 over his involvement in a hit-and-run, which caused a judge to revoke his probation originally put in place over the Rihanna incident. The troubled singer has also been involved in other assault claims, including by a woman at a nightclub last month, which he denies.

“If Chris Brown performs and we give him our money, and literally put him up on pedestal on our stage, then we’re guilty of glamorizing an abuser,” said Nichole Snow, adding that she started the petition against Brown on Change.org because she’s had friends suffer from domestic violence.

“I’ve seen, with friends, how domestic violence can wreck a life, how easy it is to slip back into it, and how your mind can be so warped by your abuser that you end up feeling like you deserve it,” she said in a release.

On Monday, Halifax Mayor Mike Savage also spoke out against Brown’s inclusion in the concert.

“It makes me kind of sick, to be honest with you, that someone like this will be performing in Halifax,” he told the Chronicle Herald.

“Those of us who are in public life … you have to be responsible for your past actions, and I think it sends a very, very wrong message to everybody. I’m not keen on the city supporting this in any way.”

Drop Entertainment Group has come out in support of Brown and defended its decision to choose the 24-year-old as a headliner.

“Chris Brown is a multi-platinum, award-winning artist and we are thrilled to be welcoming him to Canada. Although he is as controversial as he is talented, there is no denying that he is one of the biggest, boldest names in the music industry today,” Drop Entertainment Group’s owner Stephen Tobin said in a statement.

“In no way do we condone Chris Brown’s past behavior or personal endeavors; we are purely focused on his music, incredible talent, and overall popularity. I believe it is a very slippery slope when we start trying to censor, or dictate, who can or cannot perform in this province.”

Brown’s presence at Energy Rush concerts in Toronto and Winnipeg has been welcomed, Tobin added.

Brown’s representatives have also condemned the Halifax backlash, saying he is committed to learning from his past mistakes and has worked hard to give back to the community through various philanthropic efforts.