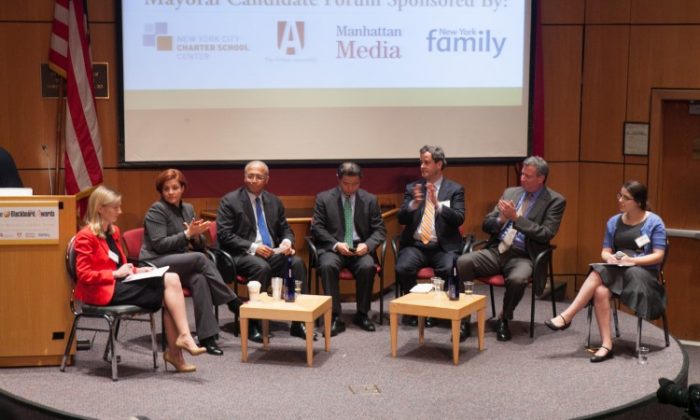 NEW YORK—The next in a series of forums where mayoral candidates lay out their views and prospective policies on different issues is a forum on public health on Jan. 16.

Previous forums have included one where candidates discussed the education system.

The next mayor of New York City will be chosen in 2013 and takes office on Jan. 1, 2014, succeeding three-term mayor Michael Bloomberg.

A host of sponsoring organizations, including Planned Parenthood of NYC Action Fund, Committee of Interns and Residents, and Doctors Council SEIU have invited all prospective candidates, unlike the previous forums. New additions to the field, or candidates that haven’t been invited to previous forums, include Adolfo Carrion, former Bronx borough president; John Catsimatis, owner of Gristedes Foods; George McDonald, founder and president of The Doe Fund; Joseph Lhota, soon to be former chairman and CEO of the MTA; and Malcom Smith, state senator.

RSVP for the event here and go here to submit a question to be asked during the forum.