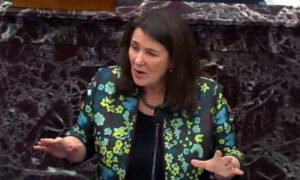 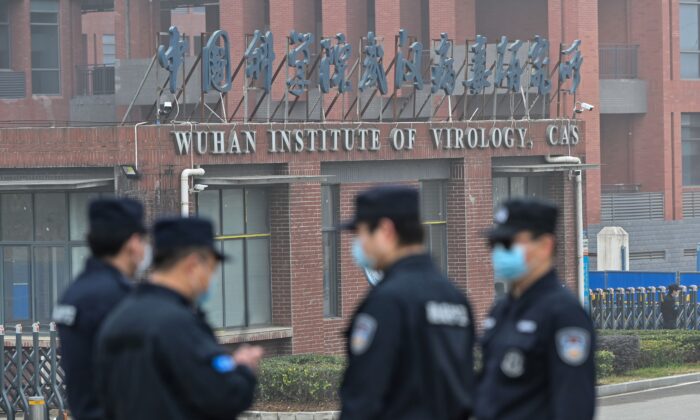 A panel of public health experts told a Republican-sponsored congressional forum that the CCP virus, also known as the novel coronavirus, “likely originated” in a leak from China’s Wuhan Institute for Virology (WIV).

A memorandum written by Republican staffers on the House Committee on Oversight and Government Reform’s Select Subcommittee on the Coronavirus Crisis and released July 20 said the five main conclusions of the experts were:

The June 29 forum’s witnesses included Adm. Brett Giroir, who, as assistant secretary for health at the Department of Health and Human Services (HHS) during the Trump administration, managed the development of the first tests used to detect the presence of the virus in an individual.

The second expert witness testifying was Dr. David Asher, a senior fellow at the Hudson Institute, who, while working under Secretary of State Mike Pompeo, led the State Department’s investigation of the virus’s origins.

“Every scientific test that distinguishes between the zoonotic and lab leak origins gives results that highly favor the lab origin. We have found no credible evidence that favors zoonotic origin,” Muller told the forum, according to the memorandum.

Giroir agreed, saying, “I assess that the most likely origin was an accidental infection of laboratory personnel from the [WIV lab], with secondary transmission to the local population, and subsequent spread to hundreds of millions of people around the world.”

Among the evidence they pointed to in support of their conclusion was that while more than 80,000 samples were taken from more than 200 animal species linked to the Wuhan open-air meat market near the WIV and elsewhere in China, none tested positive for the virus. The only animals not tested were the humanized mice being used at the WIV in gain-of-function experiments, they said.

In addition, the witnesses noted that a study of the earliest known victims of the virus in China hadn’t visited the Wuhan market, and the CCP acknowledged in May 2020 that the market wasn’t the source of the virus jumping from bats to humans, as both the Chinese regime and the WHO had originally claimed.

The witnesses also said the evidence was overwhelming that gain-of-function research was being conducted at the WIV for some time prior to the original outbreak of the virus in China in November 2019. The first confirmed case appeared in the U.S. in January 2020.

Quay told the forum that the virus “has a unique trigger on its surface called a ‘furin cleavage site’ and a unique code for that site, called a ‘CGG-CGG dimer … in gain-of-function experiments, the WIV … [has] inserted furin sites into viruses.

“It is the only sure method that always works and makes viruses more infectious. And the CGG-CGG code found in [the virus] is commonly used in the laboratory; you can literally order it on the internet.”

The virus, he added, was “pre-adapted for human-to-human transmission from the first patient. Specifically, the part of the virus that interacts with human cells was 99.5 percent optimized.”

Giror cited a 2015 Nature Medicine publication in which WIV researchers reported “the creation of a new, hybrid bat coronavirus that could bind to and infect human airway cells.”

All of the witnesses noted that NIH and NIAID funding went to the WIV via sub-grants from the New York-based nonprofit EcoHealth Alliance for gain-of-function research prior to and during a three-year moratorium on such activities from 2014 to 2017.

“After 2017, the pause was lifted and replaced with an impartial oversight body, the P3. According to recently released emails, the NIH bypassed the P3 to continue funding gain-of-function research at the WIV,” the memorandum said.

“It’s unbelievable to me that coronavirus work would not get even into the [P3] process,” Giroir told the forum. “If you look at the abstract from the latest grant that was done to EcoHealth, it talks about using protein sequence data, infectious clone technology … this is all gain-of-function.”

In a related development on July 20, House Democrats defeated a Republican motion to bring a proposal to a floor vote that would require the Director of National Intelligence to make public evidence held by the intelligence community on the origins of the virus. The GOP motion, which had passed the Senate unanimously, was defeated in the House on a party-line vote of 216–207.