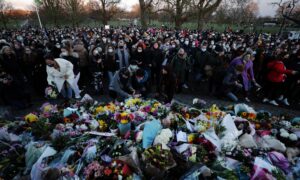 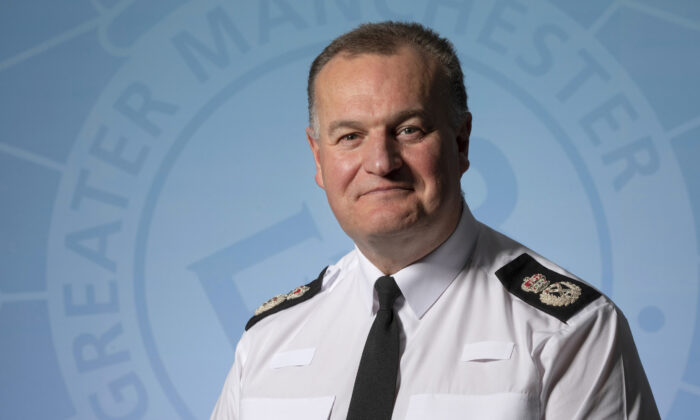 Police impartiality is at risk when officers make gestures such as “taking the knee,” the new police chief in Greater Manchester has said.

Stephen Watson, the new chief constable of Greater Manchester Police (GMP), told The Telegraph on Sunday that he thought the public is “fed up of virtue-signalling police officers when they’d really rather we just locked up burglars.”

Watson said that he would go back to the basics such as increasing “bobbies on the beat”—a British way of saying neighbourhood policing.

Watson began his new role last month at GMP to improve the force after his predecessor Ian Hopkin had to step down last year in the wake of a damning watchdog report (pdf) that revealed the force had failed to properly record an estimated  81,000 crimes.

During his first week in charge, Watson vowed he would quit if the force is not in a “demonstrably better place” within two years.

“Whether it be through adulterating the uniform with pins and tabs and badges or whatever, and having all manner of florid social media accounts. These are all things which I think leave the public cold, and I just personally don’t think they have a place in policing,” he told The Telegraph.

Watson said he won’t be busy managing a social media account because he doesn’t think the public would care.

During Black Lives Matter protests last year, some police officers took the knee after demonstrators asked them to.

Watson said that police “impartiality is in danger of being upset” by such actions that demonstrate “a commonality of view” with the protesters whom the officers are trying to police.

Asked if he would take the knee in uniform, Watson replied: “No, I absolutely would not. I would probably kneel before the Queen, God, and Mrs. Watson. That’s it.”

As to his approach in policing, Watson said that he would begin with “all crime should be investigated.”

His predecessor said last year that 40 percent of the force’s recorded crimes were “screened out after an initial investigation,” according to Manchester Evening News.

Watson called it an “inappropriate method to manage demand.”

He cited examples saying that a so-called “minor crime” may devastate a business and that someone who commits a minor crime may be likely to commit larger crimes too.

“The one thing that the police are uniquely uniquely empowered to do is to arrest criminals and if we’re not doing that then nobody is, and that is a problem,” he said.

Before taking up the job in Manchester, Watson had turned around the situation of South Yorkshire Police, which was rated as “requires improvement” in 2016 and “good” in 2019.

“What you come to discover is that far from being a luxury that we cannot afford, I believe neighbourhood policing is something you cannot afford not to have,” Watson told the newspaper.

The police chief also warned that if legislators keep creating new “hate crimes,” police officers would be “chasing their tails in ever-decreasing circles” instead of dealing with other crimes such as burglars or child sexual exploitation.

But if new laws requiring the force to police people’s thoughts, it could end up “populating your crime records with literally thousands and thousands of additional crimes.” he said.