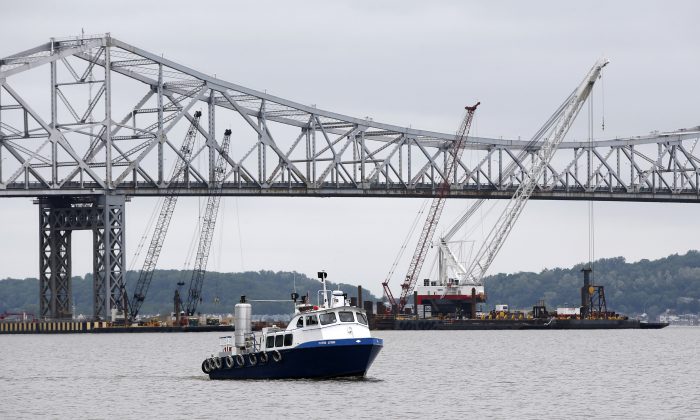 A boat makes it's way up the Hudson River north of the Tappan Zee Bridge, under construction in Tarrytown, N.Y., Wednesday, May 28, 2014. (AP Photo/Kathy Willens)
New York

“My friends and neighbors in the Hudson Valley have a fundamental right to make their voices heard on large-scale projects such as proposed anchorage sites–especially when the sites in question would reduce our beautiful river to a parking lot for oil ships,” said Maloney in a press release.