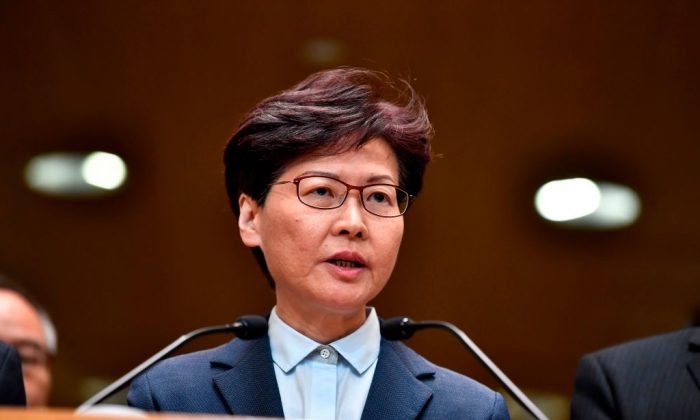 Public outrage is mounting after an apparent failure by Hong Kong police to respond to a violent attack at a local train station, which resulted in at least 45 injuries.

On the evening of July 21, following a peaceful protest in which 430,000 people took to the streets to demand the withdrawal of a controversial extradition bill, a group of men in white t-shirts, some wielding poles, rushed into the Yuen Long metro station and began attacking passengers, according to footage taken by Democratic party lawmaker Lam Cheuk-ting, who was at the scene.

According to Lam and other witnesses, the attackers especially targeted those dressed in black, as many protesters who were in the march wore black clothing. They also entered train cars and began attacking passengers inside.

The march was the latest mass demonstration against a bill that proposed allowing any country, including mainland China, to seek extradition of criminal suspects. It has drawn widespread opposition, as Hongkongers fear that the city government could be pressured to hand over individuals to face trial in China’s opaque legal system that disregards rule of law.

Lam, who was also injured, said the police did not arrive at the scene until more than an hour after he alerted them. The lawmaker told Reuters that he believed the attackers were part of local triads, and that the police “deliberately turned a blind eye to these attacks.”

Hong Kong leader Carrie Lam held a press conference in the afternoon of July 22, in which she condemned the attackers for “abusing the law.” She added that she has instructed the police to investigate.

Twenty-four pro-democracy lawmakers have since issued a statement questioning the police’s delay.

“Last night, the 999 [emergency] reporting hotline would not connect for a long time and the police station was closed. There were even police officers who pretended they didn’t see the actions of those in white shirts and red ribbons, and turned around to leave,” the lawmakers said at a July 22 press conference, according to Hong Kong Free Press.

They added: “The police, who are like the servants of triads, have completely lost the public’s trust, forcing people to defend themselves. The situation makes people wonder if Carrie Lam received instructions from the [Chinese Communist] Party to cause divisions among the public.”

Meanwhile, an online petition initiated by 26 Hong Kong doctors, 10 teachers, several social workers, and others, has been making the rounds.

“The image of the Hong Kong Police has plummeted to an unprecedented low. But before the complete ruin of Hong Kong, we demand the police to arrest those responsible for the attacks in Yuen Long,” the petition read. “Carrie Lam, please stop provoking Hong Kong people. Step down now!”

Police did not make arrests at the scene. At a press conference held around 5 a.m. July 22, the assistant district police commander in Yuen Long, Yau Nai-keung, said that it was because police officers could not confirm that those in white shirts were the ones who had carried out the attacks.

At an evening press briefing, Senior Superintendent Chan Tin-chu said that six men have been arrested in connection with the Yuen Long attacks, on suspicion of illegal assembly. He added that “some individuals have a triad background.”

When asked by reporters whether they would be given other charges in relation to the violence, Chan responded that the police would continue to investigate.

There were three separate marches originally planned for the upcoming weekend against the bill. But organizers have since postponed them, instead calling on people to join a rally in Yuen Long to be held on July 28, according to Hong Kong media The Stand News.

The march in the To Kwa Wan neighborhood, which was originally scheduled on July 27, has now been pushed back to August 17. Two other marches, one in Western District and another in the town of Tseung Kwan O—both originally scheduled for July 28—have also been canceled in solidarity with the Yuen Long rally.