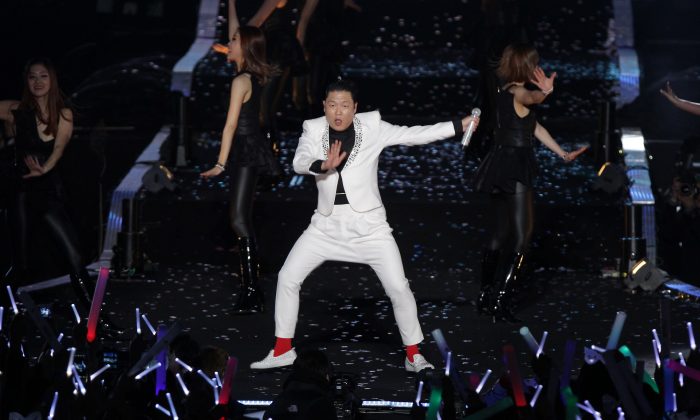 Psy knocked off: South Korean rapper Psy has been knocked off the top of his native country’s charts by a 63-year-old singer, it was reported.

Psy, whose most recent hit “Gentleman,” has recently gone viral–just like his smash hit “Gangnam Style” last year. “Gentleman” was at the top of the charts in South Korea for weeks.

Cho Yong-pil, a popular South Korean singer whose been making electronic pop since the 1970s, hit No. 1 on the charts this week with “Bounce,” reported Reuters.

“Gentleman,” however, has remained No. 5 the Billboard Top 100 in the United States.

Psy said he has a lot of respect for Cho.

“I couldn’t be happier, although getting on the Billboard chart also makes me really grateful,” Psy said Thursday.

With “Genteman,” Psy broke a YouTube record previously held by Justin Bieber, getting 18.9 million views on Saturday between 5 a.m. and midnight when it debuted more than a week ago, reported The Associated Press.