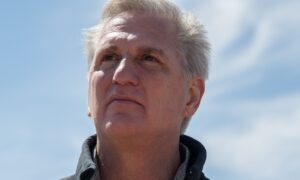 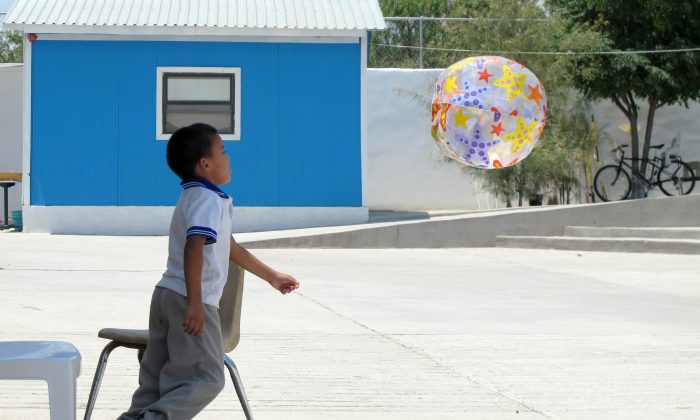 Antony Alvarez, 6, of Honduras plays at the Senda de Vida migrant shelter in Reynosa, Mexico, on Aug. 4, 2014. Alvarez, along with his mother and grandmother, hope to join the thousands of families who have crossed the Rio Grande into the United States. (AP Photo/Christopher Sherman)
Immigration & Border Security

President Joe Biden on March 10 reinstated the Obama-era program, which former President Donald Trump ended in 2017 after a U.S. government review found that “the vast majority of individuals accessing the program were not eligible for refugee resettlement.”

Psaki made the remarks in response to a question from a reporter about comments made by Biden’s special envoy Ricardo Zúñiga on April 6, regarding how the White House is looking to create ways for would-be asylum seekers from Central America—who may otherwise seek to make the perilous trek north and cross the border illegally—to enter into the United States lawfully.

Zúñiga, Biden’s envoy to the so-called Northern Triangle countries in Central America—Guatelamala, Honduras, and El Salvador—said on a state visit to Guatemala on Tuesday that the White House was looking to offer protections to migrants amid a push by Biden to reshape the U.S. border policy and as the administration struggles to cope with a sharp rise in illegal border crossings.

The surge in illegal immigration from the three Northern Triangle countries has become one of the biggest challenges facing the Biden administration, both politically, with Republicans blaming the wave of illegal border crossings on a rollback of Trump-era immigration policies, and practically, with many would-be illegal immigrants and human traffickers interpreting the administration’s messaging as an invitation to come into the United States.

“We’ve re-instituted the Central American Minors Program, which I would think he is likely referring to, which when it was stopped in 2017, there were about 3,000 kids who could have applied,” Psaki said at a press conference, noting that she doesn’t have an updated figure on how many children might currently be eligible for the program that was open to applicants who were “still in their home country.

“That’s one piece, so that kids can apply from country and won’t take the treacherous journey,” Psaki said.

Before the program was halted in November 2017, it provided a pathway for children under 21 who had parents lawfully living in the United States to apply for refugee resettlement while still in their home country, in the hopes of deterring them from making the dangerous journey to the border. It was established in 2014 under former President Barack Obama. Those found to be ineligible for refugee status could apply to enter the United States temporarily under parole.

But the previous admin ended the program, instead preferencing other pathways being offered by U.S. immigration services.

The White House press secretary said that the Biden administration does want to discuss legislative reforms to the CAM program.

“But we also believe that there needs to be reforms to the whole process, make it more efficient, more effective when families, when children come to the border. That’s part of what we want to discuss through legislation.”

“So he [Zúñiga] could have also been referring more broadly to the longer-term changes that need to take place, but more immediately, there of course is the Central American Minors Program,” Psaki said.

According to a release from the State Department last month, its Bureau of Population, Refugees, and Migration is working closely with DHS’s U.S. Citizenship and Immigration Services to reopen the program in two phases.

The first phase will process “eligible applications” that were closed when the program was terminated in 2017, and the second will begin to accept new applications. The department said it will soon release updated guidance.