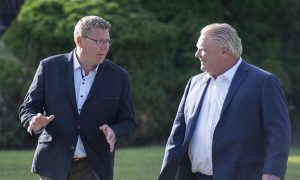 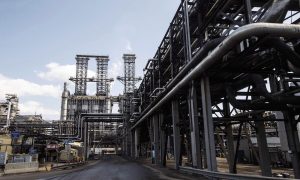 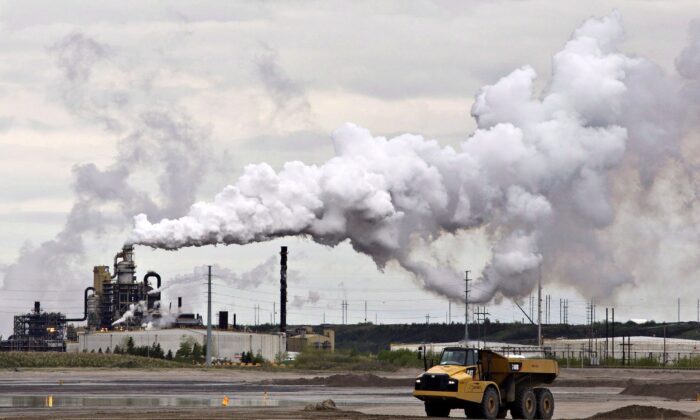 A dump truck works near the Syncrude oilsands extraction facility near Fort McMurray, Alberta, in a file photo. A constitutional expert says the provinces fighting the federal carbon tax have a good chance of winning. (The Canadian Press/Jason Franson)
Canada

The design of Ottawa’s Greenhouse Gas Pollution Pricing Act, a.k.a. the carbon tax, could be the law’s ultimate undoing, says a Canadian constitutional expert.

The legislation, the centrepiece of the Trudeau government’s war on climate change, is the subject of ongoing legal challenges by four provinces, which argue that it amounts to jurisdictional overreach.

“The very fact there is the opt-out kind of structure says the federal government is recognizing that provinces are constitutionally capable of doing this; B.C., for example, had its carbon tax before [Ottawa’s],” said Dwight Newman, University of Saskatchewan professor and Canada Research Chair in Indigenous Rights in Constitutional and International Law.

“The provinces are constitutionally able to do these things, so it becomes challenging to say that the law has met the test of something the provinces are incapable of—that’s the technical, legal matter at stake.”

Opponents of the tax won a big victory on Feb. 24 when the Alberta Court of Appeal found the federal legislation unconstitutional, describing it as a “Trojan horse” that “substantially overrides” several parts of the Constitution.

The federal carbon levy came into effect on April 1, 2019, beginning at $20 per tonne of CO2 emissions and imposed on provinces that either didn’t have their own greenhouse gas (GHG) pricing schemes or had one that didn’t completely meet Ottawa’s requirements, namely Saskatchewan, New Brunswick, Ontario, and Manitoba.

It was also in April 2019 that Jason Kenney’s United Conservative Party defeated the New Democrat incumbents in Alberta’s election and, after repealing his predecessor’s carbon tax, joined the list of provincial jurisdictions under Prime Minister Justin Trudeau’s carbon levy umbrella.

In keeping with his election promise, Kenney and his UCP government promptly challenged Ottawa’s purported overreach in the Alberta Court of Appeal.

Alberta’s appeal court is the first to side decisively with its respective government by a 4–1 majority, calling the levy an “unwarranted and unprincipled intrusion into provincial jurisdiction [that] undermines the basic structure of our constitutional system.”

Conversely, Ontario’s appeal court backed Ottawa (4–1), as did Saskatchewan’s in a June 2019 split decision (3–2). However, an accounting of the three courts’ opinions on either side of the fence indicates that eight provincial appeal court justices agree with Trudeau, while seven do not.

“We don’t normally just combine courts of appeal in that way, but that’s the split, and it speaks to the challenging questions with how divided it is so far,” said Newman, who has referenced this breakdown in his own writing on the subject.

Citing its power under the Constitution Act’s peace, order, and good government (POGG) principle in endeavours of national concern is the federal government’s central argument that its carbon levy on dissenting provinces is constitutionally sound.

Meanwhile, the provinces that object argue that imposing the levy on what is effectively localized energy production and consumption is federal overreach, regardless of POGG, and opens the door to further regulatory intrusion by Ottawa.

Saskatchewan’s submission to its provincial court of appeal stated, “the Act cannot stand because it applies only in those provinces that have not adopted GHG pricing regimes considered appropriate by [federal cabinet].”

“This is the heart of the case. The challenge for those who are arguing for the constitutionality of the Act is that they need to show that there’s some specific thing that meets this test, and I think they’ve struggled to do that in a way,” he told The Epoch Times.

The framers of Canada’s 1867 Constitution Act purposefully delineated federal powers from those afforded provinces to ensure—as the Supreme Court of Canada noted in its 1998 reference case on Quebec’s succession—“that the Canadian union would be able to reconcile diversity with unity.”

Newman cites “subsidiarity” as one of the defining features of Canada’s foundational document. “[It’s] the idea that where things can be handled by more local governments rather than more central governments, that they would have the chance to do that,” he said.

“This characterizes how the Canadian division of powers was constructed when it was developed in 1867, when modified later in 1982, and so on. That’s a big idea that tucked behind things,” he noted.

“There’s a delicate balance always there, but in many ways I think that the framers did a very good job in developing the balance they did. But the case [against the carbon levy] itself is just about the legal interpretation of what the Canadian division of powers means.”

“The legal question of whether particular legislation is constitutional is a different question than the policy question of how to engage with greenhouse gas emissions,” he explains.

“[Ottawa] could have enacted a simple carbon tax the same across all provinces and it could’ve done it under their powers over taxation. But they chose to do something different that they could avoid calling a tax and in the process they’ve created constitutional challenges for themselves … something that raises big questions about the scope of peace, order, and good government power they’re using to support it.”