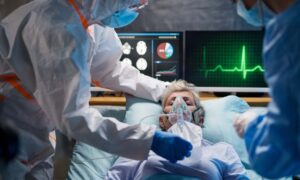 What Does Recovery From COVID-19 Look Like? It Depends. A Pulmonologist Explains.
0 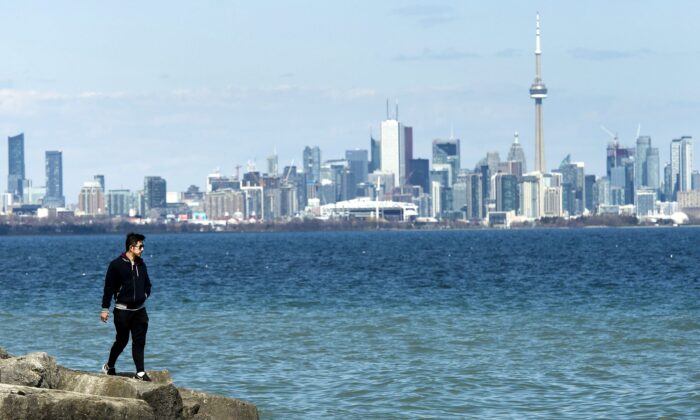 A man walks on the shore of Lake Ontario with the Toronto skyline in the background on April 27, 2020. Provincial governments are beginning to announce plans to progressively reopen businesses and the economy. (The Canadian Press/Nathan Denette)
Canada

While some provinces are preparing to gradually lift restrictions and reopen their economies, they must tread carefully as the virus remains a threat, although infection cases and deaths are continuing to drop in many parts of the country.

The premiers of Saskatchewan, Quebec, Ontario, and Manitoba have announced plans to lift lockdowns in phases while taking precautions to keep local outbreaks at bay.

The premiers are in an unenviable situation of “damned if you do, damned if you don’t,” says Joseph Garcea, professor of political science at the University of Saskatchewan.

“To some extent they feel the pressure of opening things up because if they don’t, people might feel inclined to disobey the guidelines. Then you’d have to get into greater enforcement,” Garcea says.

“The real fundamental question here is what is even one life worth, and what is the effort that will be made as to how people will be affected in any given province.”

Protests against government-imposed lockdowns have been held in Toronto and Vancouver, with another planned for Edmonton on April 28, adding to the pressure on decision-makers.

In Alberta, the problems are compounded due to the collapse of oil prices during the pandemic.

“The hangover will be really something here,” says Pierre-Gerlier Forest, director of the School of Public Policy at the University of Calgary. “A lot of people have not noticed yet what it means. And to me that’s really, really scary.”

Forest compares the economic impact to a “state of war” and says it will be difficult for Premier Jason Kenney to resist reopening the economy much longer.

“The more it lasts, the more difficult it becomes,” he says. “It’s a very deep transformation. It’s a deep crisis. It will take a long time for us to rebuild whatever we can build back.”

Kenney has continuously stressed caution. However, he said on April 28 that the province is working on a staged relaunch of the economy scheduled to start sometime in May. The virus is expected to reach its peak in Alberta in late May.

“I empathize a lot,” Garcea says of the premiers. “I understand what they’re trying to do, from raising the spirits to trying to engender hope and a little bit of economic activity, however little that might be.”

On May 11, Quebec’s elementary schools and daycares will reopen, except in Montreal, where they will reopen a week later.

“Schools and daycare are really a priority,” Forest says. “If you don’t have schools, the parents cannot go back to work.”

B.C.’s provincial health minister said this week there will be an announcement soon about reopening plans. P.E.I will loosen some public health measures on May 1, while New Brunswick has already eased some restrictions.

Forest says that in Germany, provinces have agreed on a uniform response to the pandemic and the transition out of it. Yet, he appreciates why that is not possible in Canada.

“For provinces that didn’t have a very bad experience, it’s very reasonable to start lifting some of the public health measures and monitor to see what is happening for the time being. There’s no way we can wait for months. Nobody can wait for a vaccine and a cure.”

Saskatchewan’s population of 1.2 million has lost just four people due to COVID-19, and the province has led the way to a return to normalcy, with Premier Scott Moe announcing a five-phase plan on April 23 that will begin on May 4.

“We’re all in different places when it comes to how COVID-19 has been dealt with and what the results have ultimately been,” Moe said. “We’re a very diverse nation coast-to-coast, and that should surprise no one that we got into this at different stages and we’ll be coming out of it at different stages.”

Moe’s move may have prompted Prime Minister Justin Trudeau to change his stance. On April 16, Trudeau said a discussion on reopening commerce was “many weeks away.” But a day after Moe’s announcement, he said, “We will be working with the provinces and territories to establish principles and guidelines to start reopening the economy safely.”

Some other countries have also begun to ease restrictions, including Italy, New Zealand, Denmark, Austria, and the Czech Republic.

Some countries, however, don’t need to transition back to normal life because they didn’t implement large-scale shutdowns in the first place. Countries such as Sweden, Taiwan, and Brazil took the approach of isolating the sick, elderly, and vulnerable and kept their economies going.