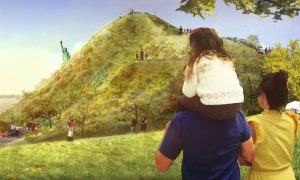 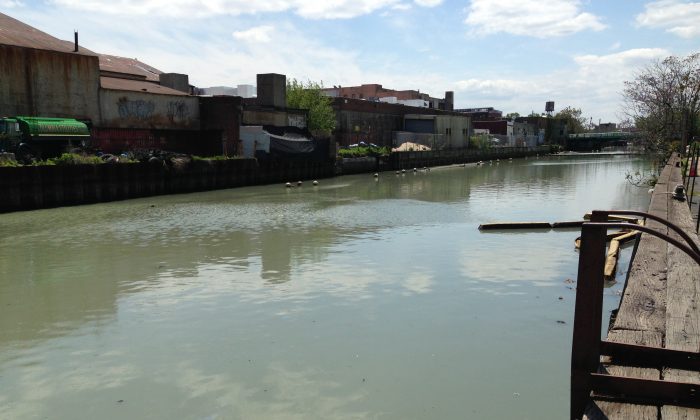 The Gowanus Canal, nearby a waste-water pump, May 2013. New York city council members and the Department of Environmental Protection (DEP) are planning on building a "sponge park," designed to capture storm water that flows from 2nd Street to the Gowanus Canal in Brooklyn. The projected completion of the prototype green infrastructure park is the summer of 2015. (Ivan Pentchoukov/Epoch Times)
New York

NEW YORK—City planners and politicians have set plans for a 1,800 square-foot park, dubbed “sponge park.” It will be designed to capture storm water that flows from 2nd Street to the Gowanus Canal in Brooklyn. The sponge park is designed to absorb storm water runoff and to filter contaminants. At the same time, additional public space is created to bring people closer to the water.

The projected completion of the prototype green infrastructure park is the summer of 2015. According to the New York Economic Development Council, construction will involve a four-foot roadway excavation and installation of modular concrete cells full of engineered soil designed to filter storm water runoff. There will also be native plants to help with the absorption, filtering and evaporation of water as well as a ten-foot wide walkway for public access to the waterfront with a sand filter overflow area underneath it.

The project was hailed by DEP Commissioner Carter Strickland as “a true collaboration amongst the community, design professionals, elected officials, and city government” at a ceremony in July for the project.