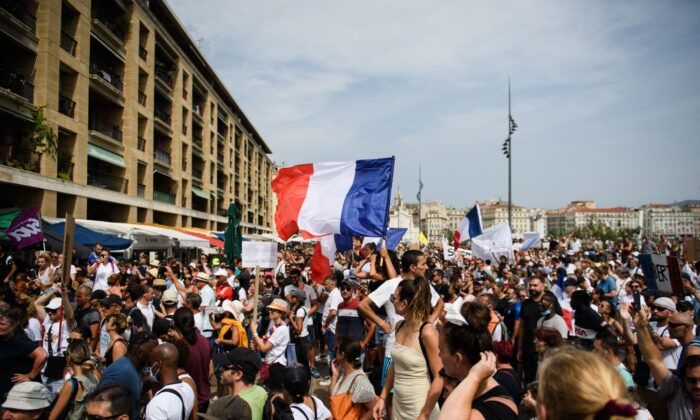 A protestor waves a French national flag during a demonstration against compulsory vaccination for certain workers and the mandatory use of the health pass called by the French government, in Marseille, southern France on July 24, 2021. (Clement Mahoudeau/AFP via Getty Images)
By Jack Phillips