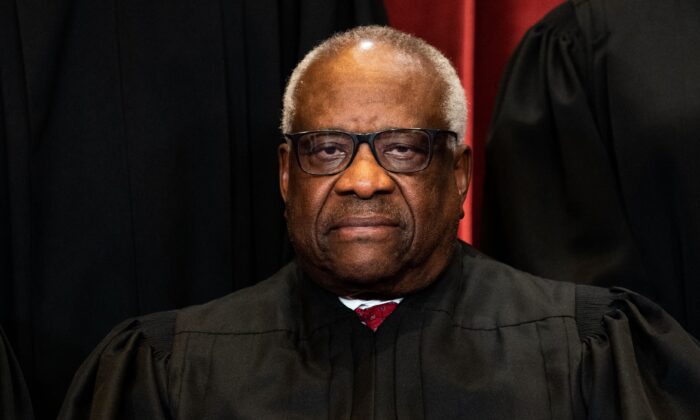 Protesters say they are going to demonstrate outside the homes of several Supreme Court justices following the decision to overturn Roe v. Wade as President Joe Biden called for demonstrators to remain peaceful.

Left-wing group Our Rights DC wrote on Twitter that it is planning a protest outside Supreme Court Justice Clarence Thomas’s house on Friday, telling supporters to “wear a mask.”

“Enraged? Devastated? Pissed the [expletive] off?” Our Rights D.C. also wrote. “So are we.”

Over the past weeks, activists and agitators gathered at their homes after a leaked draft decision authored by Alito suggested Roe v. Wade would be overturned. Earlier in June, a man was arrested outside the home of Kavanaugh in Maryland, and allegedly told officials that he was plotting to kill the justice over the Roe v. Wade decision as well as a decision on a New York state gun rights case.

“No intimidation. Violence is never acceptable,” Biden added. “Threats and intimidation are not speech. We must stand against violence in any form regardless of your rationale.”

But pro-abortion agitators orchestrated by leftist group “Jane’s Revenge” has committed dozens of arson attacks and vandalism against pro-life groups. No arrests have been made so far.

“They had Molotov cocktails. They threw one against the window, and the window didn’t break. So then they broke a window and threw a Molotov cocktail into my office,” said Julaine Appling, Wisconsin Family Action’s president, in May after a firebomb was tossed into their office.

“The Constitution makes no reference to abortion, and no such right is implicitly protected by any constitutional provision,” Alito wrote in Friday’s ruling.

Further, he said that “Roe was egregiously wrong from the start,” its “reasoning was exceptionally weak, and the decision has had damaging consequences.”

“And far from bringing about a national settlement of the abortion issue, Roe and Casey have enflamed debate and deepened division,” Alito added.

Crowds gathered outside the courthouse, surrounded by a tall security fence. Pro-life activists erupted in cheers after the ruling, while some pro-abortion supporters were in tears.

“I’m ecstatic,” said Emma Craig, 36, of Pro Life San Francisco. “Abortion is the biggest tragedy of our generation and in 50 years we’ll look back at the 50 years we’ve been under Roe v. Wade with shame.”