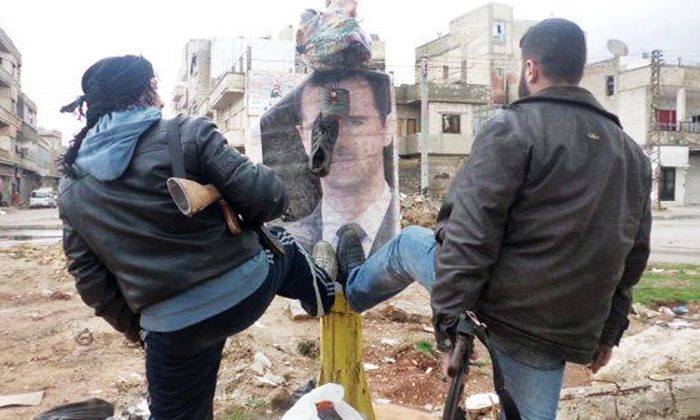 BEIRUT— Anti-government violence spread on Saturday in a southern Syrian province that had largely stayed on the sidelines of the country’s civil war, a day after the killing of a prominent cleric in rare explosions that claimed the lives of at least 25 others, activists and pro-government media said.

Sheik Wahid Balous, a cleric of the Druze minority sect, was a prominent critic of President Bashar Assad, calling on youth in the Druze stronghold of Sweida province to refuse to serve in the military. He was also a critic of the Islamic State militants who have taken over a third of the country and are fuelling the civil war that has killed more than 250,000 and left more than one million wounded.

Balous, who was a strong supporter of rebels trying to topple Assad, died Friday in one of two consecutive car bomb explosions, including one near the National Hospital in Sweida city. Footage on Syrian TV showed mayhem in the aftermath of the explosion, with civilians scrambling to remove the injured from the scene as a huge cloud of black smoke billowed above.

The Britain-based Syrian Observatory for Human Rights, which relies on a network of activists on the ground in Syria, and other activist groups said rioters destroyed the statute of late Syrian President Hafez Al-Assad in Sweida city and besieged security offices, holding the government responsible for the cleric’s death.

The Observatory said the death toll rose to 37, including six security personnel killed in clashes with rioters. The city had witnessed large rallies in the days before explosion against the failure of the government to provide basic services. Activists reported that there was no Internet service for the past few days.

Syria’s official news agency and other activists group put the death toll from the blasts at 26. There was no immediate claim of responsibly for the bombings.

Balous supporters said in a statement they will expel security forces from Sweida province, which until now has largely stayed out of the fighting in Syria’s civil war.

A 10th century offshoot of Shiite Islam, the Druze made up about 5 percent of Syria’s prewar population of 23 million people, and is split between supporters and opponents of Assad.

In neighboring Lebanon, which also has a sizeable Druze population, the sect’s political leader Walid Jumblatt said Balous’s death was a “painful strike” to the community.

“It is time for the honorable citizens (of Sweida) to rise up in the face of the Syrian regime that wants repression and to spread sedition,” he told the anti-government Syrian Orient TV.