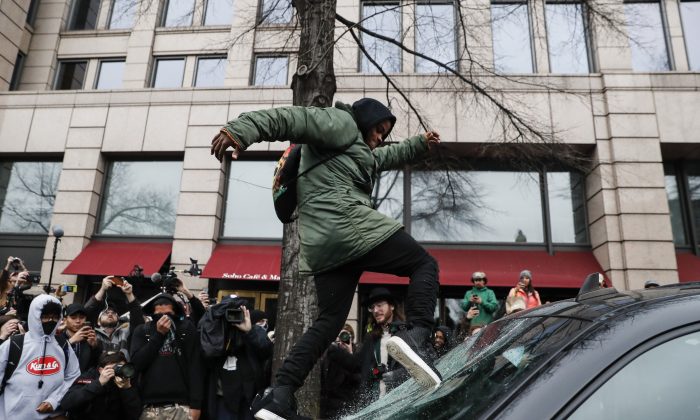 A protestor kicks in a windshield during a demonstration in Washington on Jan. 20, 2017, after the inauguration of President Donald Trump. (AP Photo/John Minchillo)
US

A group of protesters in downtown Washington jumped on the hood of a limousine, smashed its windows and then set it on fire, while hundreds of others waved signs and chanted slogans voicing their displeasure of their new president.

Pockets of demonstrators broke out into screaming matches with Trump supporters. Police deployed flash bang grenades. Helicopters circled above, taking in the scene.

A line of police officers wearing riot gear watched demonstrators marching. The officers moved in once the limo was set afire to allow fire officials to extinguish the blaze. A pile of overturned newspaper boxes, trash cans and a tire were also set alight.