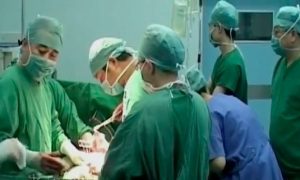 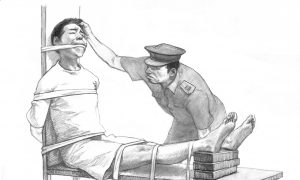 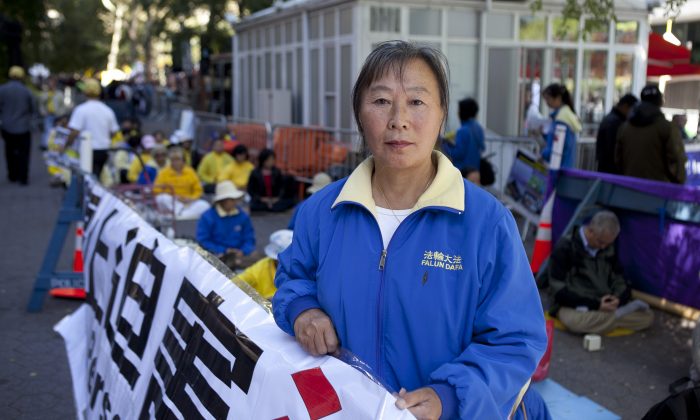 NEW YORK—During her three years in a Chinese labor camp, she was shocked in the face with an electric baton until the pain and smell of burning flesh was nearly unbearable.

She was force-fed with a pipe rammed into her esophagus, hung by her wrists, and put in a freezer until her legs went numb and she lost control of her bladder and other bodily functions. Prison guards at the Shuanghe Labor Camp in Qiqihar also beat her until one of her teeth fell out.

Yu Zhenjie, 62, now lives in New York City. She was one of the around 120 practitioners of Falun Gong—a spiritual practice based on the principals of truthfulness, compassion, and tolerance—who gathered at Dag Hammarskjold Plaza, across the road from the United Nations (U.N.), Sept. 24 to protest outside the United Nations General Assembly plenary meetings.

Falun Gong practitioners come every year during the U.N. meetings, to do the Falun Gong exercises and meditation, and hold banners reminding people of the persecution of the practice in China, which has been ongoing since 1999. With world leaders, including China’s, in New York, it is an opportunity to gather, and to call for an end to the atrocities.

Yu is very worried about her younger brother, Yu Zhonghai, 55, who is still in prison in Harbin, China, and has been for the last 15 years. She wants the Chinese regime to release him.

Yu’s brother is an artist, a painter. Yu said her brother’s eyes had turned black. He was beaten so severely by prison guards that his tear duct was damaged, and his eye started constantly secreting tears. Prison guards have not sought medical treatment for him.

After the persecution started Yu Zhonghai traveled to Beijing to appeal to the government. He was also involved in an unsuccessful attempt to intercept a state-run television broadcast in Mudanjian City that broadcast lies about Falun Gong.

According to faluninfo.net, the official website about the persecution of Falun Gong in China, millions of Falun Gong practitioners have been imprisoned in labor camps since the persecution started in 1999. More than 60,000 practitioners have been executed for their vital organs, which were then sold to local Chinese people, or to transplant tourists through state-run hospitals.

On one side of the Falun Gong protest, a small group of former Shanghai residents were yelling slogans about the Chinese regime. State-run development companies had demolished their homes and businesses to make way for high-rise luxury apartments.

They said none of them had received any financial compensation for losing their homes, and most of them had been sent to jail at least once for appealing to the municipal and central governments.

On the other side of the Falun Gong protest, holding posters of little girls who had been shot in the head in Sri Lanka, protesters yelled, “War criminal,” calling for justice. A spokesman said more than 100,000 Tamil people had been killed by the Sri Lankan government in 2009.

“We are asking the U.N. secretary-general to exercise his power under Article 99 of the U.N. Charter to appoint an international council to investigate,” the spokesman Visuvanathan Rudrakumaran, a New York attorney, said.

Activists from Egypt, Liberia (both pro and anti-government), Iran, Sudan, and Darfur also took part in the protests.