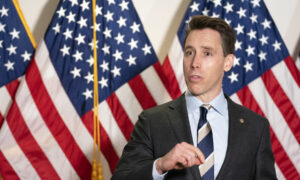 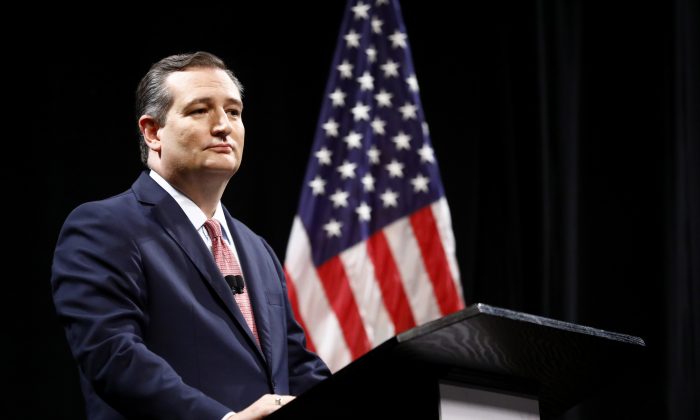 A protester was filmed screaming while yanking signs supporting Sen. Ted Cruz (R-Texas) for re-election our of the ground and ripping them up.

The man starts the video by announcing, “I’m just gonna take them down.”

He then walks around grabbing Cruz yard signs in the Montrose neighborhood of Houston.

Alfredo Ramos, who recorded the video, can be heard at one point telling the man that one of the signs he tried to destroy was Ramos’ property.

The man then backed off but grabbed a sign across the road.

Ramos tells the man not to mess around in the neighborhood, saying he owns a gun.

“Oh. I’m a gun owner, too,” the man replied. “If you guys shoot me over that, that would be great. That would be really, like—an appropriate response.”

Ramos then tells the man he has more signs inside his house and will just replace the ones he destroys.

The man starts exiting the area but Ramos follows him with the camera, saying he has lived in the neighborhood for 15 years but has never seen anything like what happened.

“He just went nuts. Tore up our signs,” he said. The man who tore the signs up responds, telling Ramos he’s lived in the area longer and that Ramos doesn’t belong there.

“I tore up his Ted Cruz signs, ‘cuz I’ve lived here for 26 years, grew up here, you moved here; you moved to Montrose, you’re not from Montrose,” the man said. “Ted Cruz does not belong in [expletive] Montrose. Go to the woodlands.”

The incident came around a month after video footage showed people taking down signs that showed support for Cruz’s opponent, Rep. Beto O’Rourke. The homeowner who shared the video filed a complaint with his local constable but decided not to pursue charges, he told KRPC.

A statue in Texas prohibits removing or destroying campaign signs. Texas County Prosecutor Mike Anderson noted in 2014 that the statue says it’s illegal to “steal, willfully deface, mutilate or destroy any campaign yard sign on private property” and that the crime is publishable by a fine of up to $2,500, a year in jail, or both.

The Cruz-O’Rourke race has become one of the most-watched in the country as O’Rourke has been flooded with donations, boasting a $38 million haul in the third quarter, a record in a U.S. Senate race. However, the Real Clear Politics average of recent polls noted that Cruz leads by seven points over his challenger.