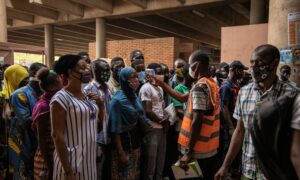 Why Is a Small, Remote African Country Hit Hard by the CCP Virus?
0 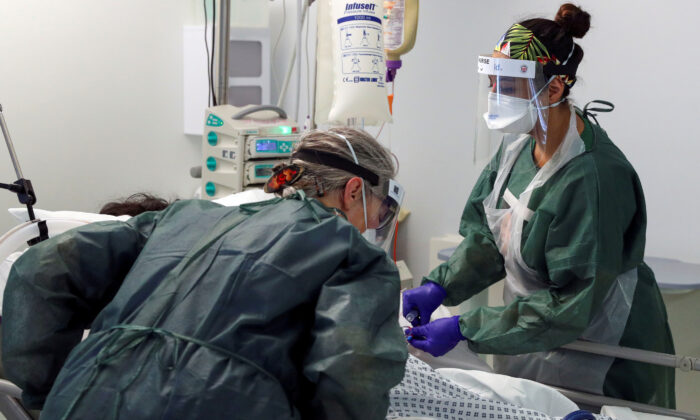 Nurses care for a patient in an Intensive Care ward treating victims of the coronavirus disease (COVID-19) in Frimley Park Hospital in Surrey, Britain, May 22, 2020. (Steve Parsons/Reuters)
Health Education

The preliminary trial results for a possible treatment for COVID-19 seem to suggest a possible breakthrough for one United Kingdom company, according to multiple reports.

Synairgen PLC, a biotech company from Southampton, UK, issued a statement on its website that on Monday, July 20, the company had yielded positive results from SNG001, the treatment that featured inhalation of a protein called interferon beta.

As indicated by Synairgen PLC’s CEO Richard Marsden, Interferon Beta is a protein that an individual creates in their bodies when that individual gets any viral infection, according to an interview with Proactive.

As reported by BBC, the COVID-19 seemed to keep the body from producing this protein to fight viral infections in order to bypass the body’s immune system, and by giving patients doses of interferon beta, the body would be able to create enough anti-viral response, if not more, in order to help the body battle the disease.

“We are all delighted with the trial results announced today, which showed that SNG001 greatly reduced the number of hospitalized COVID-19 patients who progressed from ‘requiring oxygen’ to ‘requiring ventilation.’ It also showed that patients who received the SNG001 were at least twice as likely to recover to the point where their everyday activities were not compromised through having been infected by SARS-CoV-2,” Marsden indicated, according to the statement on the company website.

The trial, which took place between March 30 to May 27, was a double-blind placebo-controlled test trial, and in total, there were a total of 101 patients who were recruited from nine different hospitals of the United Kingdom. Through this trial, Synairgen PLC discovered that patients who received the treatment had a 79 percent chance to lower the risk of getting worse as opposed to those who received the placebo, according to the website statement.

Marsden explained during the video interview with Proactive that what he meant by getting worse is the need to get back on the ventilators, or in a worst-case scenario, they die.

In addition to helping patients recover, the trial treatment result indicated that SNG001 had reduced breathlessness, which is one of the symptoms of a severe case of COVID-19, the statement read.

Now that the trial has shown promise to become a possible treatment, Synairgen PLC will be presenting the findings from the trial to the medical regulators across the globe in order to see if they approve of the treatment in the next couple of days, according to BBC. The approval process for treatments could take months, although the British Government has promised to go through and approve treatments that show promise as fast as possible.