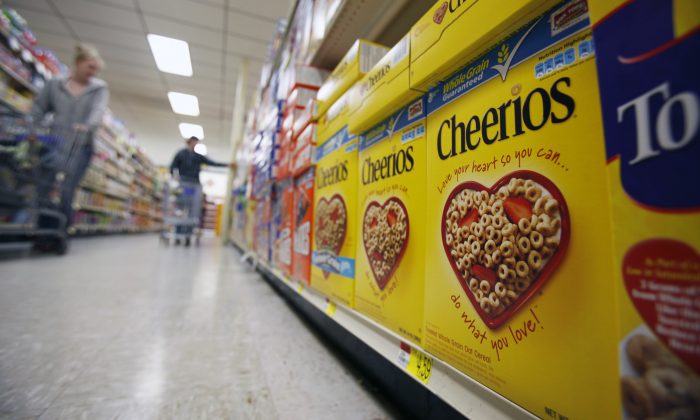 The new Protein Cheerios are like regular Cheerios, just with lots more sugar and a tiny bit more protein.

That fact has led the Center for Science in the Public Interest to sue General Mills, which produces the popular brand and its relatively new spinoff.

In the lawsuit (PDF), the center notes that General Mills charges more money for the protein version versus the regular one, but the main difference between the two is the amount of sugar.

“Cheerios Protein has 17 times as much sugar per serving, as Cheerios, which General Mills does not prominently disclose,” the center says. And it has only a gram more protein in every serving.

It believes people would not purchase the protein version is they knew the facts.

“The overall impression of the box is that the cereal has a lot more protein than traditional Cheerios, but when you look at the nutrition label, it’s clear that Protein Cheerios has only a little bit more protein, and a lot more sugar,” Michael Jacobson, the president of CSPI, told the Washington Post. “We think that’s very deceptive.”

General Mills called the the lawsuit “publicity-seeking” and said that the protein version actually has more than double the protein per serving.

But Mother Jones noted a big problem in the company’s comparison—the serving sizes are different. Cheerios serving size is 28 grams, while Cheerios Protein is 55 grams.

“I think people wouldn’t buy the cereal if they knew how little the difference in protein is,” said Jacobson. “But that fact isn’t obvious.”

The lawsuit was filled in the U.S. District Court of northern California, and asks for a jury trial.