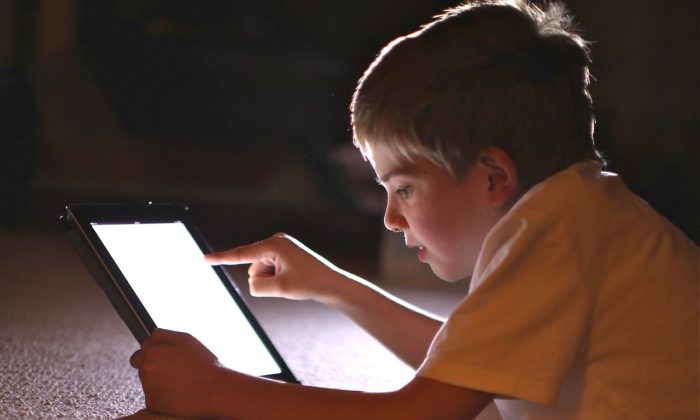 A young boy uses a tablet computer. A plan in the U.K. to offer parents a pornography filter through their ISP is garnering criticism for censorship implications but is necessary to protect children, argues Canadian MP Joy Smith. (Christopher Furlong/Getty Images)
Opinion

Protecting Children From Exposure to Pornography

On Monday, British Prime Minister David Cameron announced new measures that his government was taking to protect children. Prime Minister Cameron emphasized the two primary aims of these measures: to protect children from exposure to adult pornography through an internet service provider-based (ISP) filter and to tackle the magnitude of child sex abuse images online.

I applaud Prime Minister Cameron for his bold approach to working with ISPs to develop solutions that protect children. In this massive fight against child exploitation and the sexualisation of our children, every step we take makes a difference.

Harmful Impact of Pornography on Children

Eliminating the easy access to pornography by children should be a common sense approach. There is much research that reveals the harmful implications of youth who are exposed to pornography. (It is shocking that the average age of first exposure to pornography is 12 years old.) For example, viewing of pornography is seen as a causative factor in child on child sexual abuse. Additionally, recent studies reveal that regular viewing of pornography can actually rewire the brain. For children, who are in a critical stage of physical development, this is alarming and can carry long term negative consequences.

However, since expressing my support for Britain’s plan, I have been astounded at the immediate, uniformed accusations of censorship, anti-freedom, or government surveillance, made by people who have not taken time to actually understand the issues being addressed and the solutions being proposed.

The purpose of the ISP-based filter on adult pornography is not to block or censor pornography from adults, but to block it from children. Accusations of censorship are as ludicrous as suggesting that prohibiting the sale of adult videos to children is censorship.

Anyone over 18 in the UK would still have full control of their access to legal pornography. British ISPs have developed a filter to block legal adult pornography and this will be applied to all customers unless they choose to turn it off. And turning it off will be as simple as logging into your ISP account and unchecking a box.

Some have also pointed out that home-based filters are available. Indeed they are, but the software is only effective on the computers they are installed on. In an age of wireless home networks, when many children have smartphones and friends with smartphones, having an anti-pornography filter installed on your home computer has limited effectiveness.

The UK’s plan has also been characterized as an example of big government intruding on industry. Rather than imposing regulations on the ISPs, the filter was a product of consultation and partnership between the government and UK’s biggest ISPs to develop a means of protecting children from being exposed to adult content on line. That is what I would like to see in Canada: partnership and consultation between the federal government, internet service providers, and stakeholders. It is a conversation that is truly worth having.

I firmly believe in protecting rights and freedoms, democracy, and an open internet. As Prime Minister David Cameron rightly pointed out, “A free and open internet is vital …But when it comes to the internet in the balance between freedom and responsibility, we have neglected our responsibility to our children.”

Surely, unchecking a box cannot be too much of a price to pay when it comes to protecting and nurturing our children.