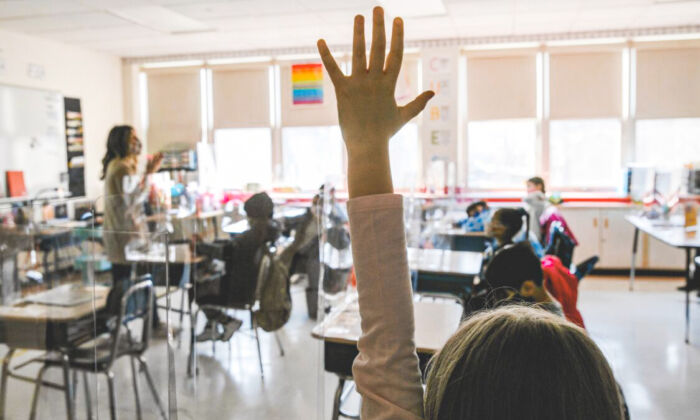 A group of Wisconsin parents are appealing against a lower court decision that dismissed their lawsuit challenging a policy of the Madison Metropolitan School District (MMSD) allowing children to undergo gender transition without gaining parental consent.

The policy calls on school employees to assist children of any age to adopt “gender identities” that are at odds with their biological sex. Employees do not have to seek consent from parents while transitioning the students, and are also asked to conceal such information from families unless children give consent to do so.

The lawsuit, filed by attorneys with the Wisconsin Institute for Law and Liberty (WILL) and the Alliance Defending Freedom (ADF), states that the school district’s policy violates the rights of parents as protected by the constitution. In November last year, the trial court dismissed the case. On Monday, the attorneys filed their opening brief with the Wisconsin Court of Appeals.

“It is essential that school officials not hide information from parents if their child struggles with any type of mental or physical condition at school so they can make the best, informed decisions to protect the child’s health and wellbeing. We’re asking the Wisconsin Court of Appeals to protect a parent’s right to parent.”

A booklet issued by the Madison Metropolitan School District outlines the steps that staff can take in support of children confused about their “gender identity.” It instructs that all personally identifiable information of such students be kept confidential per local, state, and federal laws.

Staff members are prohibited from revealing information about a student’s “gender identity” to parents, guardians, or other members of the staff unless they are legally obligated to do so.

If a staff member were to not respect a student’s chosen pronoun or name, it would be deemed a violation of the school district’s non-discrimination policies.

The lawsuit, Doe versus MMSD, was filed in 2020 at the Dane County Circuit Court. In the opening brief filed on Monday at the appeals court, attorneys argued that the lawsuit is the “only way to prevent lifelong harm to minors and preserve parents’ constitutional rights.”

In Ohio, a school district is facing a lawsuit from a group of parents who accuse it of allowing teachers to conduct private conversations on sexual attitudes and behaviors with students. The lawsuit was filed by eight parents against the Hilliard School District at the United States District Court for the Southern District of Ohio on Jan. 16.

“The Defendant Hilliard School District is allowing activist teachers (as opposed to trained, supervised counselors) to specifically solicit from children as young as six-years old, private, intimate conversations about sexual behaviors, sexual attitudes, mental and psychological questions of the student and the student’s family, and private religious practices,” the lawsuit states.

The lawsuit wants teachers to stop talking about gender and sexuality with children without parental consent. It also asks the court to order teachers to stop wearing LGBTQ badges containing QR codes that link to adult resources on sexual education and “coming out.”

Meanwhile, parents are becoming dissatisfied with schools. According to a survey of 3,800 parents by the National School Choice Week, almost 54 percent are considering a new school for their kids.

The younger the parents were, the more dissatisfied they were found to be. Among parents in the age group of 18 and 29, roughly 6 in 10 were considering shifting schools. Among parents between the ages of 30 and 44, just over half were thinking about such a move.