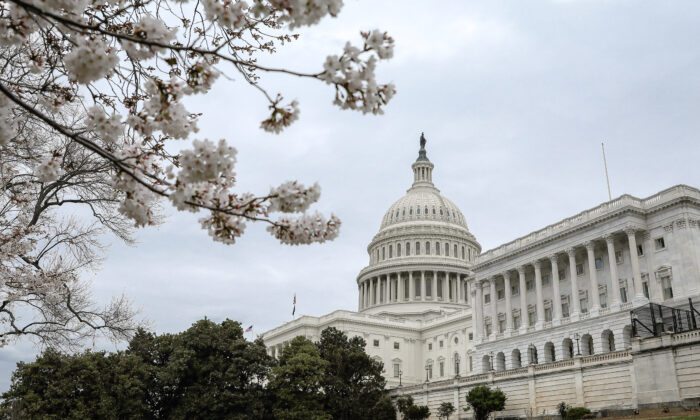 Congressional staff aides are rarely in the public eye except during televised committee hearings, when they occupy seats behind the senators and representatives, handing helpful notes and important documents to the lawmakers as they cross-examine witnesses.

They may be obscure to taxpayers, but Hill aides are among the most influential groups in Washington for shaping the laws of the land. They do the bulk of needed research, draft bills, deal with lobbyists, and script headline-making hearings.

Most importantly, Hill aides have the kind of frequent direct access to individual senators and representatives that the most well-connected K-Street lobbyists can only dream about.

Even so, Hill aides are among the least-paid power-brokers in the nation’s Capitol, receiving on average compensation that is 20 percent less than executive branch employees, according to Demand Progress Education Fund Policy Director Daniel Schuman.

As a result, it’s common for a representative’s legislative director making $90,000 to deal routinely with top career executive branch officials making $120,000 or more, as well as lobbyists taking home substantially higher compensation than either of them. But it’s the legislative director who can make or break a legislative proposal.

The problem is reflected both in chronically high turnover rates for members’ personal offices and committee aides who can be overshadowed by more experienced and better-resourced bureaucrats and lobbyists.

“It’s a combination of factors,” Lincoln Network Managing Director Zach Graves told The Epoch Times. “Generally, I think there is a lack of policy capacity on the Hill, and I think that salaries, particularly for more junior positions, contribute in a significant way to that brain drain.

“If you look at legislative directors and legislative assistants on the House side, I think that’s a big factor for getting the right talent in the right positions.”

The Lincoln Network is a conservative-leaning nonprofit that describes itself as “working on hard tech problems for the cause of liberty.”

Representatives depend on their legislative directors and assistants to read and research the hundreds of bills introduced in every Congress, and their advice is often a deciding factor in how representatives vote on the floor of the House.

The size of congressional staffs has also failed to keep up with the immense growth in the scope and power of executive branch regulatory activity, Graves said.

That growth in turn has spawned an explosion in the number of lobbyists, and since all roads in Washington ultimately lead back to Congress, the bureaucrats and lobbyists are constantly working the Hill.

“It’s also the number of staff, particularly on committees, that’s a big challenge, and since the 1990s, we’ve seen a pretty significant reduction in staff on committees,” he said.

The root of the problem is the refusal of Congress under both Republican and Democratic majorities to keep pace in terms of funding staff and resources required for effective legislating and oversight of the executive branch.

Data compiled by Shuman’s group shows the most recent high point for staffing budgets came in 2010 when the members representative allowance (MRA)—the total amount each House lawmaker gets to run his or her congressional office, including hiring staff—total reached nearly $786 million (adjusted to 2020 dollars). The low point came in 2018 at $586 million. For 2021, the total MRA budget is $640 million, a 9.2 percent increase over 2018.

The House Select Committee on the Modernization of Congress (HSCMC), formed in 2018, recommends multiple reforms to enhance the efficiency of the legislative branch, including better pay for staffers.

Kevin Kosar, resident fellow at the American Enterprise Institute, told The Epoch Times that progress is slow in great part because members fear the political costs that come with being seen as using tax dollars to make their jobs easier.

Kosar was formerly with the R Street Institute and the Legislative Branch Capacity Working Group, both of which were instrumental in the effort that resulted in the creation of the HSCMC.

Rep. Derek Kilmer (D-Wash.), the HSCMC chairman, told The Epoch Times he believes “it is long overdue that Congress makes the necessary investments to attract and hold onto a diverse, talented workforce. Congressional staffers play an essential role in carrying out our representational and legislative responsibilities, and we know that offering competitive salaries is a key way to retain our nation’s best and brightest.”

“High turnover rates and under-resourced offices have led to a system too reliant on lobbyists for policy expertise and have hindered the ability of representatives to effectively serve the American people.”

Timmons said that “in the end, improving policies and programs here in the House that help us retain our most experienced and talented staff will make Congress work better for the American people.”