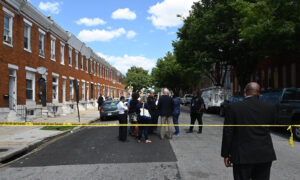 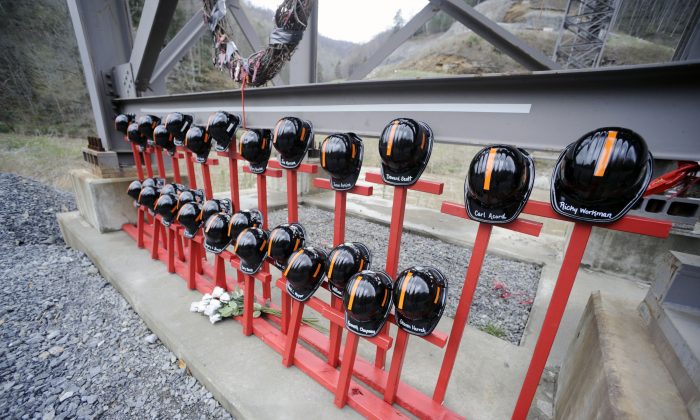 Mine helmets and painted crosses sit at the entrance to Massey Energy's Upper Big Branch coal mine Tuesday, April 5, 2011 in Montcoal, W.Va. The memorial represents the 29 coal miners who were killed in an explosion at the mine one year ago today. (AP Photo/Jeff Gentner)
Crime and Incidents

CHARLESTON, W.Va.—Prosecutors want a year in prison and a $250,000 fine for convicted ex-Massey Energy CEO Don Blankenship, who ran a West Virginia coal mine that was the site of a deadly explosion.

In a sentencing memorandum in federal court Monday, prosecutors said a shorter sentence could only be interpreted as declaring that mine safety laws aren’t to be taken seriously.

Prosecutors wrote that Upper Big Branch Mine was a powder keg 1,000 feet below the surface, primed to blow at any time. The mine exploded in 2010, killing 29 men.

Blankenship was convicted Dec. 3 of a misdemeanor conspiracy to willfully violate mine safety standards at the mine.

In their memorandum, Blankenship’s attorneys say he shouldn’t receive more than probation and a fine. They say they intend to appeal. Defense attorneys included letters from people commending him.