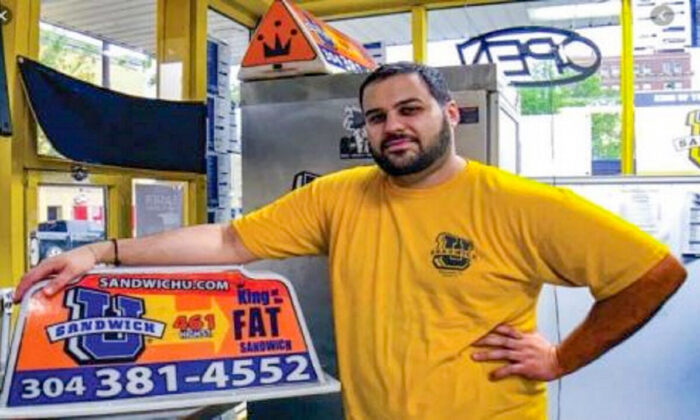 A Jan. 6, 2021, defendant who was charged with assaulting U.S. Capitol Police Officer Brian Sicknick and other officers saw his assault charge and five other charges dropped on July 27.

Tanios said he entered and remained on Capitol grounds despite lacking the authority to be there.

He faces up to two years in prison. Per estimated sentencing guidelines, he could receive no jail time.

His sentencing is scheduled for Dec. 6.

Tanios was indicted by a grand jury in March 2021 on eight counts, including assault on a federal officer with a dangerous weapon and aiding and abetting.

But just before the July 27 hearing, prosecutors dropped six charges.

Video footage shows Khater spraying a chemical spray 5 to 8 feet away from Sicknick and two other officers, according to court documents. Khater and Tanios planned together to spray the officers, prosecutors had alleged. Defense lawyers said the men obtained mace and bear spray because they feared they might be attacked since past events held by supporters of former President Donald Trump have been subjected to violence.

Sicknick and the other officers all retreated from the police line and rushed to wash out their eyes, according to surveillance images.

Sicknick died on Jan. 7, 2021. The U.S. Capitol Police said at the time that he died “due to injuries sustained while on-duty” during the breach, and media outlets, including The New York Times, falsely reported that Sicknick was bludgeoned with a fire extinguisher during the mayhem.

However, an autopsy determined that Sicknick’s death was natural and caused by strokes.

The Capitol Police still hasn’t explained its initial statement, despite being urged to do so by lawmakers.

He was told that if he pleaded guilty to assaulting a law enforcement officer, the government would dismiss the other seven counts. He would face an estimated 78 to 97 months of incarceration if he took the offer, based on sentencing guidelines.

Khater, who confessed to FBI agents to spraying three officers with the chemical spray, hasn’t yet decided whether to accept the offer, according to his lawyer, Chad Seigel.