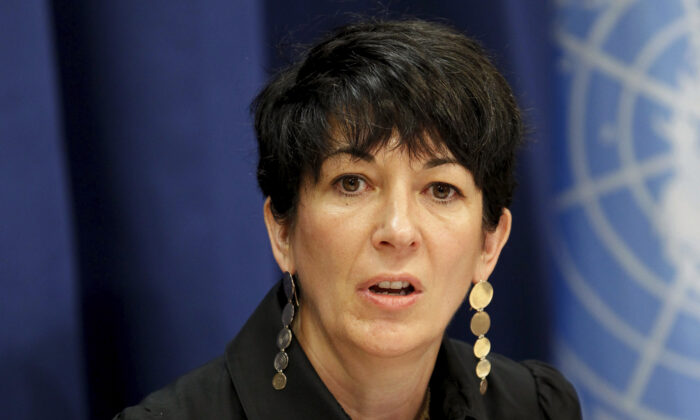 Maxwell, 59, previously pleaded not guilty to six federal counts such as sex trafficking of minors, enticing a minor to travel to engage in illegal sex acts, transporting a minor with the intent to engage in criminal sexual activity, and three counts of conspiracy. She faces up to 70 years in prison if convicted on all charges.

“Maxwell and Epstein were a wealthy couple who used their privilege to prey on kids from struggling families,” prosecutor Alison Moe told jurors, according to courtroom reporters. “The way that they selected these girls tells you that they were targeting vulnerable kids. It is not an accident that Jane and Kate and Annie and Carolyn all came from single-mother households.”

But Laura Menninger, Maxwell’s defense attorney, told jurors that Maxwell was wrongfully accused after Epstein died in jail. She claimed that prosecutors were going after Maxwell unfairly because Epstein died before they could get to him.

“The government in this case has now pivoted because Epstein is not here,” Menninger said, according to reporters. The trial was not live-streamed or televised.

“Ghislaine Maxwell is not Jeffrey Epstein,” Menninger continued, adding that four accusers who testified against her client are motivated by greed. “Memories have been manipulated in aid of the money.”

During closing arguments, prosecutors also made note of Maxwell’s “little black book,” a handwritten phone directory. The book corroborates the testimony from several of Maxwell’s alleged victims, Moe said in court, because an entry includes the name and number of an accuser’s ex-boyfriend, Shawn, who testified that he would drop the woman off at Epstein’s Palm Beach mansion.

“When you’re with someone for 11 years, you know what they like. Epstein liked underaged girls. He liked to touch underaged girls. Maxwell knew it. Make no mistake, Maxwell was crucial to the whole scheme. Epstein could not have done this alone,” Moe also alleged.

Explaining the alleged scheme the pair had, “a single middle-aged man who invites a teenage girl to visit his ranch, to come to his house, to fly to New York, is creepy,” Moe told jurors, referring to Epstein.

“But when that man is accompanied by a posh, smiling, respectable, age-appropriate woman, that’s when everything starts to seem legitimate,” she said. “And when that woman encourages those girls to massage that man, when she acts like it’s totally normal for the man to touch those girls, it lures them into a trap. It allows the man to silence the alarm bells.”

Throughout the trial, Maxwell used her Fifth Amendment right and declined to take the stand in her defense.

She told the judge last week: “Your honor, the government has not proven its case beyond a reasonable doubt. And so there is no need for me to testify.”