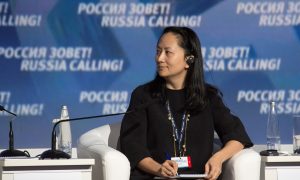 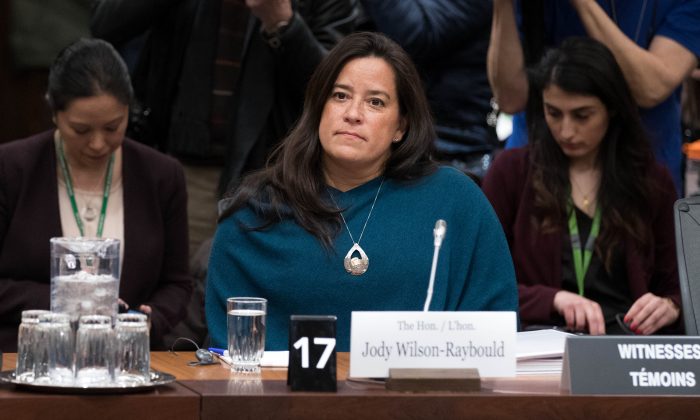 Former Canadian Justice Minister Jody Wilson-Raybould arrives to give her testimony about the SNC-LAVALIN affair before a justice committee hearing on Parliament Hill in Ottawa on Feb. 27, 2019. (LARS HAGBERG/AFP/Getty Images)
Viewpoints

Prosecutorial Independence and the Rule of Law in Canada

Canadians might ponder whether we are still a rule of law nation with prosecutorial independence as a major constitutional convention.

Vancouver M.P. Jody Wilson-Raybould was removed a few months ago as attorney general and expelled last week from the Liberal caucus by prime minister Justin Trudeau. It appears that her fate was the result of her legal opinion that as legal advisor to the government any decision on prosecutions should be made independently from political pressure, even  coming from her prime minister.

Many believe she was ousted from both roles because she refused to bend to sustained and inappropriate pressure from Trudeau and senior staff, including his principal secretary, chief of staff, and head of the public service, to discontinue a criminal prosecution of SNC-Lavalin, a large Montreal-based engineering company.

SNC lobbied for a deferred prosecution agreement (DPA), which provides a civil remedy with a fine and no criminal record. The controversial DPA option, which indirectly appears to provide those with political access in Ottawa the possibility of preferred treatment against prosecutorial independence, had just been enacted by the Liberal majority in Parliament.

When the Director of Public Prosecutions declined to offer SNC the new civil remedy it sought, it launched another lobbying campaign and later an unsuccessful appeal to the Federal Court to have her decision overturned. It is now appealing to the appeal division of the Federal Court.

SNC is accused of bribing Libyan officials in the brutal Gaddhafi regime for government contracts there with tens of millions of dollars. Canada is a signatory to the OECD Convention on Combating Bribery of Foreign Public Officials and is now by its public admission under closer watch by it.

When the systematic pressure on Wilson-Raybould first became public, Trudeau asserted, “The allegations are false.” Later, the Treasury Board president Jane Philpott resigned from cabinet out of concerns similar to her former ministerial colleague. Both were muzzled initially by the prime minister and his cohorts by cabinet confidentiality. Two Liberal-dominated parliamentary committees were closed down rather than hear fully on the issue from the two MPs and others. Both were then ejected from caucus.

At the core of the controversy is the long-established constitutional concept of prosecutorial, police and judicial independence. Only police lay charges; only prosecutors decide whether to take those charges to trial; only courts may find someone guilty. No-one else is to interfere with any of these three pillars of our justice system. Politicians are thus blocked in rule of law nations from punishing enemies or rewarding their friends.

Canada’s office of the Director of Public Prosecutions (DPP) was established by Parliament in 2006 to render explicit the independence prosecutors had long been afforded under the common law. The attorney general may direct the DPP on the “initiation or conduct” of a prosecution provided she does so in writing publicly in the Canada Gazette. It has never happened to date.

Another pillar of prosecutorial independence is the attorney general, who is not to be directed or instructed on any particular prosecution or pressured by the prime minister or anyone else. This constitutional principle was enunciated by a former attorney general of the United Kingdom, Sir Hartley Shawcross, in 1951 and has since been upheld by Canadian courts.

When the former attorney-general complained in her testimony to the Commons justice committee of being repeatedly pressured to intervene in the SNC-Lavalin case, she was not, as the government has encouraged Canadians to think, betraying personal weakness or a misunderstanding of the realities of cabinet government.  She was seeking to protect the prime minister from abusing his office in respect of her role as attorney general.

Finally, on the issue of a telephone conversation recorded by Ms. Wilson-Raybould, she was not subject to the practice rules of any law society and was being harassed systematically by officials.

Journalist Rosie DiManno notes: “There was nothing remotely illegal about Wilson-Raybould ‘covertly’ recording her telephone conversation with Privy Council clerk Michael Wernick—what Trudeau classified as ‘unconscionable.’ It’s perfectly licit to record an exchange as long as one person knows it’s happening. Journalists do it all the time, to back up their notes, particularly when the other person on the line might later challenge the veracity of the content.”

In the indicated circumstances, Canadians have reason to be concerned about prosecutorial independence and the rule of law in our country.