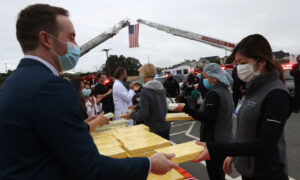 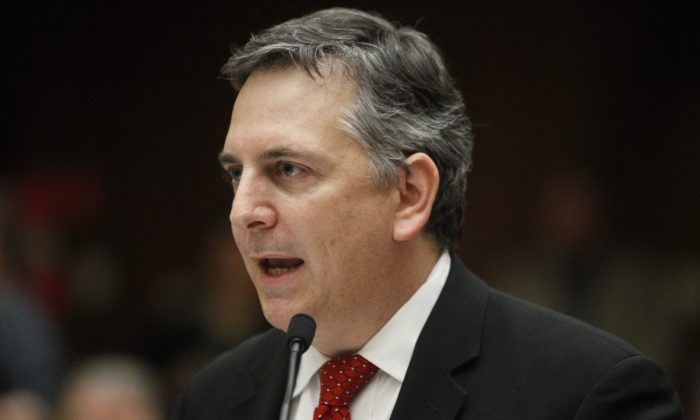 Deputy District Attorney Sean Carney speaks during the arraignment of Harry Burkhart January 4, 2012 in Los Angeles, California. Opening statements were made Aug. 15 in the trial charging Burkhart of dozens of arson fires in the Hollywood area over four years ago. (Photo by Luis Sinco-Pool/Getty Images)
Southern California

Authorities say Burkhart placed incendiary devices under cars in Hollywood, the San Fernando Valley and West Hollywood on Dec. 30 and Dec. 31, 2011, and on Jan. 2, 2012.

Some vehicles were in carports and in 19 cases the fires spread to homes and apartments.

The sheer number of fires “brought the fire department in this city to its knees,” Carney said.

There were no serious injuries or deaths as a result of the fires, but damages were estimated to be more than $3 million.

Burkhart “wanted America to burn” and “was going to resolve his grievance through fire and fear,” Carney said. “He was ready to set many more.”

He was arrested in 2012. Burkhart’s anti-American outburst during a detention hearing for his mother in 2011 cemented his likeness in the mind of a deputy U.S. marshal, who authorities say recognized him after police began circulating a video showing the man wanted in the arson spree.

Burkhart is charged with dozens of felonies and could face 80 years in state prison if convicted. He has pleaded not guilty and not guilty by reason of insanity.

In a brief opening statement, Deputy Public Defender Steve Schoenfield said prosecutors can tie Burkhart to only six or seven fires and said a sanity phase of the trial is almost a certainty.