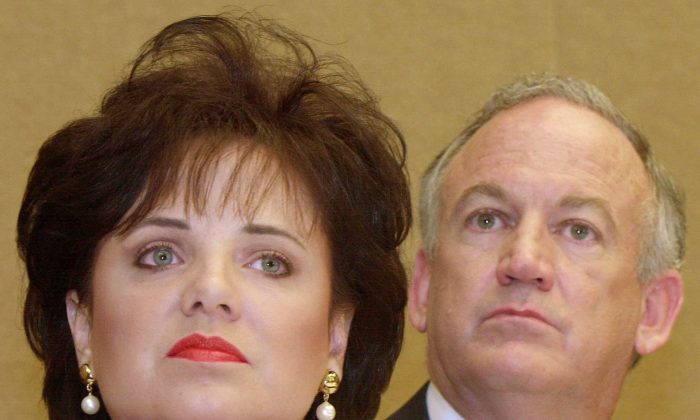 A secret 1999 grand jury indictment would have charged Patsy and John Ramsey, the parents of JonBenet, with child abuse leading to murder, grand jury members told a Boulder Daily Camera Report. Here the Patsy and John give a press conference on May 24, 2000, after polygraph examinations concluded that the couple was not "attempting deception" when they denied killing their 6-year-old daughter. (AP Photo/Ric Feld)
Crime and Incidents

The Colorado district attorney overseeing the unsolved killing of 6-year-old JonBenet Ramsey says a former prosecutor should never have written a letter exonerating the girl’s family.

Boulder County District Attorney Stan Garnett said Thursday that the letter clearing the girl’s family from suspicion in her 1996 death is not binding and his office is still investigating the case.

Authorities have said they’re looking at new DNA testing technology that they hope will further the investigation.

The move comes after an investigation by the Daily Camera newspaper in Boulder (https://goo.gl/5a8tLv ) and KUSA-TV in Denver that the news organizations say uncovered flaws in the interpretation of previous DNA testing.

Garnett says much of the new testing will target previously screened items to see if new information can be gleaned.