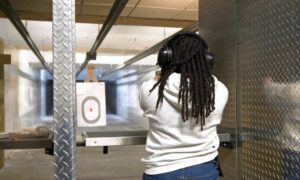 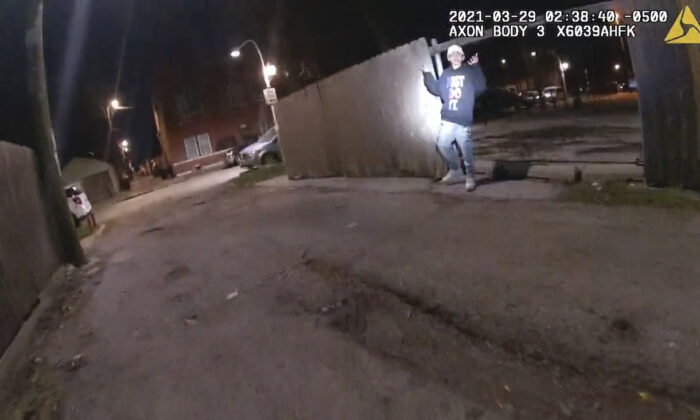 An attorney with the Cook County State Attorney’s Office has been placed on administrative leave after he “failed to fully present the facts” surrounding the shooting of 13-year-old Adam Toledo.

“In court last week, an attorney in our office failed to fully present the facts surrounding the death of a 13-year-old boy. We have put that individual on administrative leave and are conducting an internal investigation into the matter,” a spokesperson from the office said in a statement to the media.

It comes after the attorney implied in court during an April 10 hearing related to the shooting that Toledo was holding a gun when he was shot. The hearing was for 21-year-old Ruben Roman, who was with Toledo when the boy was shot on March 29.

“The officer tells [Adam] to drop it as [Adam] turns towards the officer. [Adam] has a gun in his right hand,” Assistant State Attorney James Murphy said, according to the Chicago Sun-Times. “The officer fires one shot at [Adam], striking him in the chest. The gun that [Adam] was holding landed against the fence a few feet away.”

Following the hearing, Cook County State Attorney Kim Foxx told reporters: “An attorney who works in this office failed to fully inform himself before speaking in court. Errors like that cannot happen, and this has been addressed with the individual involved. The video speaks for itself.”

The bodycam footage shows Officer Eric Stillman running after Toledo and telling the boy to stop running. In the split second that Toledo complies by turning around while raising his hands, he is shot. The officer immediately calls dispatch to alert that shots had been fired by police and asks for an ambulance. He then turns to provide medical assistance to Toledo.

Footage from a second responding officer shows a handgun on the ground behind the fence opening where the boy had stopped.

Foxx’s spokeswoman, Sarah Sinovic, suggested on April 16 that Murphy may not have had access to all the videos that were released to the public on April 15 when he made the comments. She told the Sun-Times: “It’s still under investigation what videos were available to [Murphy]. We’re still trying to figure out what he had access to when he made the statements in court.”

Chicago Police Union President John Catanzara characterized the officer’s action as “justified,” as he had less than a second to assess whether Toledo was still holding a gun in his hand as he turned around.

“There is no way a rational person can say they can process that, and their muscle reaction would be less than one second,” Catanzara told CNN. “The officer does not have to wait to be shot at or shot in order to respond and defend himself.”

“It is 100 percent justified. That officer’s actions were actually heroic. There is a very good reason he only shot once. Like I said, he could have been shot multiple times, but the officer assessed in a split second. Unfortunately, he committed to the first shot already, justifiably so.”

Tim Grace, attorney for Stillman, said in a statement that there was “irrefutable evidence” that Toledo had been firing a gun.

“There is irrefutable evidence that the shell casings recovered from that location match the handgun that was in the hands of the juvenile when he was tragically shot by the officer,” he said. “The officer had no place to take cover or concealment, the gun was being orientate [sic] in his direction, and he was left with no other option.”

Meanwhile, the incident has sparked controversy among some members of the Little Village neighborhood where the shooting occurred. Some believe that Toledo was unjustly killed, while other community members questioned why the 13-year-old boy was out in the middle of the night.

Little Village is home to Cook County Jail, and the community has been plagued by persistent gang warfare for decades. The federal government had previously designed a community-wide program in an effort to reduce gang activity in the Little Village area.

Roman was arrested at the scene on misdemeanor charges of resisting or obstructing a peace officer but was later charged with felony counts of child endangerment, aggravated unlawful use of a weapon, and reckless discharge of a firearm after investigators determined that he had been the one to fire the gun several times before police arrived. He then passed on the weapon to Toledo, according to police.

Roman remains in custody at Cook County Jail after a judge ordered him held on $150,000.