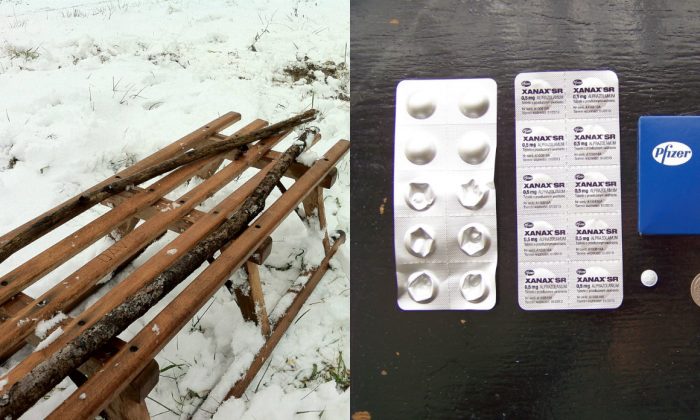 Prosecutor: Man Walked $1.6M in Pills Across Border on Sled

BURLINGTON, Vt.—Authorities say a Canadian man was arrested while pulling a sled carrying more than 180 pounds of prescription pills across the border into the United States.

The U.S. attorney’s office says 21-year-old Cedrik Bourgault-Morin (bohr-GOH’ moh-RAN’) was apprehended early Wednesday after he crossed the border from Quebec along a railroad line into North Troy.

Prosecutors say Bourgault-Morin was wearing white camouflage and Border Patrol agents were alerted to his presence when he triggered a sensor.

Prosecutors say agents found 300 vacuum-sealed bags of Xanax pills in a duffel bag on the sled. Xanax is an anti-anxiety medication.

They say the pills had a street value of $1.6 million.

Bourgault-Morin was being held Thursday in a Vermont prison. His attorney didn’t return a call seeking comment.