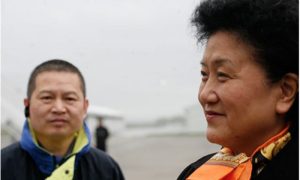 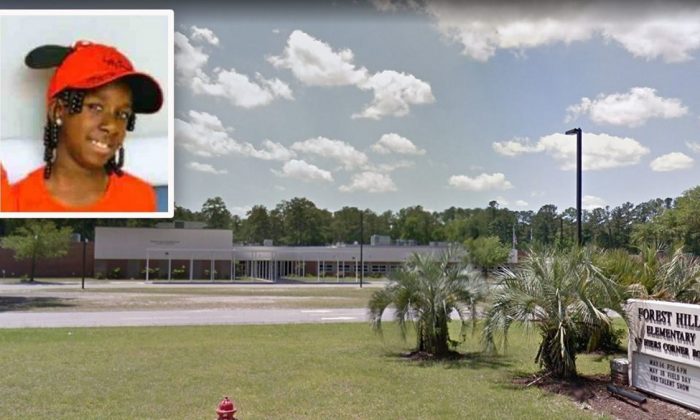 The Colleton County School District announced in a statement that 10-year-old Raniya Wright died at the Medical University of South Carolina, on March 27, 2019 . (GoFundMe/ Google)
US News

COLUMBIA, S.C.–It could take weeks to unravel exactly what led to the death of a fifth grader after an elementary school fight in South Carolina and whether anyone should face criminal charges, a prosecutor said on March 29.

Tests will need to be done on tissue and other samples taken from 10-year-old Raniya Wright’s body, Solicitor Duffie Stone said at a news conference.

“At this time it is premature to assume there will be any criminal charges stemming from this incident,” Stone said.

Authorities have released few details about Monday’s fight at Forest Hills Elementary School in Walterboro. A police report said the girl got into a fight with another student and was unconscious but breathing when paramedics arrived at the school.

The other fifth grader involved in the fight was suspended, school officials said. They have not released that student’s name, age or gender. https://t.co/0TGkV8UxhI

A Colleton County Sheriff’s Office report said no weapons were used and classified the incident as a simple assault. Raniya died two days after being hospitalized. Her autopsy was done Friday, but the cause of death will not be released until the tests on samples taken during the examination are finished, authorities said.

The other fifth grader involved in the fight was suspended, school officials said. They have not released that student’s name, age or gender.

Raniya’s family is waiting for answers, including whether students were being properly supervised and how quickly adults tried to break up the fight, according to a statement released by the Pizzaro Law Firm, which is representing the girl’s family.

“Raniya’s untimely passing leaves a void in this family that will never be filled, and her family is struggling to make sense of the incident that took her life,” her attorneys said. Their statement described her as a girl who loved basketball, spending time with her friends and serving as a junior usher at church.

The statement also called for changes in how schools deal with students with anxiety and fears about coming to class each day.

Authorities promised they would share the findings of their investigation with Raniya’s family as soon as it is finished. But in the meantime, they said they would not release any additional information.

“We do not have a timetable for the conclusion of this investigation. We expect some aspects to take several weeks,” Colleton County Sheriff Andy Strickland said. “We will do whatever is necessary and tale as much time as necessary to ensure a thorough investigation.”