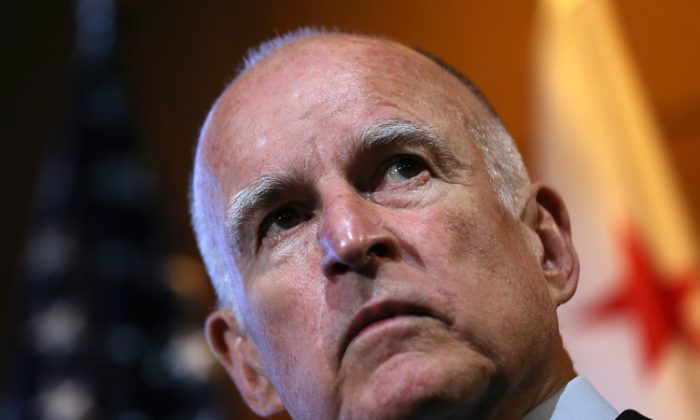 SAN FRANCISCO—In one of the most hotly debated ballot initiatives this year, California voters will decide whether to support tax hikes to prevent further cuts to education.

Over the last four years, California’s public schools, colleges, and universities have seen steep cuts. Funding for K-12 students was reduced by nearly 5 percent, and 30,000 teachers have been laid off. The University of California has enacted tuition hikes every year, resulting in mass protests and escalating student debt.

Despite all these and further planned reductions, California still has a deficit of $16 billion for the 2012-13 budget. The largest portion of the state’s general fund, 41 percent, goes to K-12 education.

In addressing the issue of more cuts, not only to education but also public safety, an initiative on November’s state ballot will present voters with the tough decision of whether to increase taxes in order to ease budget pressure.

After initially failing to bring his measure through the legislature, this year Governor Jerry Brown began a massive signature-gathering effort after merging his tax increase proposal with an already existing initiative, now jointly known as Proposition 30.

Proposition 30 would raise California’s sales tax from 7.25 percent to 7.5 percent for four years, starting next year. Additionally, this initiative would increase personal income tax for those earning more than $250,000 ($500,000 married) for seven years, by 1 to 3 percent marginal tax rate.

According to the state’s Legislative Analyst’s Office (LAO), which provides a nonpartisan audit of the state budget, Proposition 30 would generate an average of $6 billion per year for the next seven years.

The state budget assumes that the initiative will pass. A NO vote would result in automatic “trigger cuts,” which means “state spending in 2012-13 would be reduced by about $6 billion, with almost all the reductions related to education,” LAO states in a report.

“We can’t keep cutting our schools and still keep the economy strong for the next generation,” Jerry Brown wrote in support of the proposition, a statement often quoted by proponents.

Proponents portray the temporary tax hikes as a measured and transparent response to California’s budget crisis.

The non-profit Great Oakland Public Schools, a parent and teacher organization advocating for better public schools, is a supporter. Without the passing of this initiative, Oakland schools would need to find ways to reduce their budgets by $12 million, starting Jan. 1, said Marc Tafolla, policy director of the organization.

The initiative will “make sure that schools are not further damaged by the cuts they have already seen so far,” Tafolla added, saying that such cuts threaten the level of stability that children need for learning.

The “No on 30” campaign, funded in part by the Small Business Action Committee, portrays the measure as a “$50 billion tax hike” that does not guarantee that any additional money will go to the schools. Rather, the additional tax revenue will simply benefit the budget in general, and lawmakers will be free to use it as they wish.

“California doesn’t have a revenue problem, it has a spending problem,” according to the oppositional website, Stop Proposition 30. It says the state could instead enact necessary reforms, such as to state bureaucracy and the pension system. Opponents believe that with less wasteful spending, the necessary funds for public education could be freed up.

“It’s time to cut waste, clean up government, reform our budget process and hold the politicians accountable to do the job we elected them to do,” the website stated. “Once they do that, voters can better determine whether we want to raise taxes.”

Additionally, they point out that with California already having a high sales tax rate, at 7.25 percent, and the second-highest personal state income tax rate in the nation—10.3 percent for the highest earners—more taxes could hinder economic recovery.