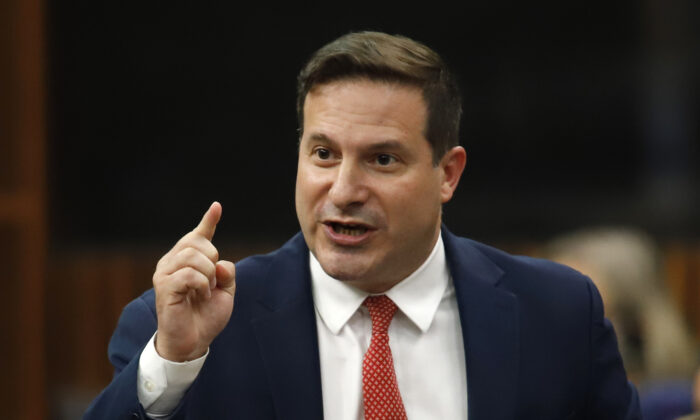 A stronger role for the RCMP’s management advisory board, as suggested by Public Safety Minister Marco Mendicino, will do little to solve its fundamental problems, say an Ottawa criminology professor and some retired Mounties.

Mendicino said in early June that his department was looking into “how best to strengthen the oversight role of the RCMP’s Management Advisory Board.”

The Liberal government created the board in 2019, and the party’s last election platform promised to “enhance” the board “to be in line with other Canadian police services to have full oversight over the RCMP.”

In a recent interview with The Canadian Press (CP), Mendicino said the board would need to communicate regularly with his office to help build Canadians’ “trust and confidence” in the force. This would include producing reports that his office can then use “to advance public discourse” about the RCMP.

He also said he expects the board to offer tangible recommendations on how to diversify the RCMP’s workforce and advance reconciliation with indigenous peoples.

Darryl Davies, a criminology professor at Carleton University who was commissioned for investigations by the RCMP in the past, had called for a civilian body to oversee the RCMP as early as 2017. In an interview with The Epoch Times, he said governments have offered more talk than action.

“The public safety minister claims he is going to improve oversight over the RCMP. It is a complete farce. … All they do is support the status quo ad nauseum,” he said, while advising some changes that he says would allow for more independence.

“The commissioner of the RCMP [should issue] reports to Parliament and not a minister of public safety. Also, the commissioner of the RCMP should be appointed by a justice committee consisting of representatives appointed by each political party, with no one party having a majority of members. As it stands, the appointment is made by the prime minister.”

In his CP interview, Mendicino talked about having strong and transparent communication between the Management Advisory Board and the minister, though not the board and the public. In 2020, the Toronto Star asked the RCMP what advice it had received from the board during its first 18 months in existence, and whether the advice would be made public, and the media outlet said it was refused that information.

Rae Banwarie, who retired from the force in 2017, told The Epoch Times that the compositions and secrecy of the board should raise questions.

“Why are [the board’s] directives to the commissioner of the RCMP not public documents? Is this not one of the core reasons for the rot in the force today?” Banwarie asked.

“Why are no retired RCMP police officers part of this advisory board? Would they not be the best people who know the organization inside and out and could make recommendations for transformational change? Those from the non-commissioned ranks … know the issues and have not been compromised by promotions and blindly do as they are told [in order] to move ahead career-wise.”

Mendicino told CP that his department “will keep all options on the table when it comes to whether or not any of these changes require legislation,” but Banwarie believes legislation is needed to make board decisions binding.

“This announcement is just smoke and mirrors for the public. If Minister Mendicino really wants change in the RCMP, he will make these fundamental changes in legislation today. I would put my hand up to be part of this board,” he said.

“Even if the current public safety minister enacts legislation to ensure that government keeps their paws off a civilian oversight group, which I don’t think he’ll do, there have to be meaningful consequences and penalties spelled out in that legislation that will ensure compliance. Don’t make it like the current ethics legislation that contains absolutely zero consequences other than a finding of guilty,” Creasser told The Epoch Times.

“If the government is so excited about creating committees, why not have the ‘recommendations’ these committees make binding on the government? I can assure you that will never happen because it takes control of the RCMP away from those that want to manipulate it, pure and simple.”

Although the board includes some former police officers, none have RCMP experience. Like Banwarie, Creasser believes ex-Mounties need a place on the board.

“The makeup of this civilian board is key,” he says.

“[Retired Mounties] may not have the business acumen that the current board has, but we certainly have the moral and ethical integrity to ensure that standards are upheld and will be vocal if they’re not. We’ve all been around the outfit long enough to know what’s what and the role government has had in shaping the organization into the sad state of affairs it currently sits.”

On May 19, the Liberals introduced legislation to replace the Civilian Review and Complaints Commission for the RCMP. The new Public Complaints and Review Commission would receive $112 million over five years, along with over $19 million annually on an ongoing basis, and would handle complaints about the Canada Border Services Agency (CBSA) as well as the RCMP concerning their non-national-security-related activities.

The new commission would require the RCMP and CBSA to respond to its interim reports within six months and also report annually on its progress in implementing the commission’s recommendations.

Retired Mountie Leland Keane believes proper leadership would do more than a series of adjustments called for by a commission.

“One-hundred-plus chief superintendents and above making decisions that avoid risk in order to receive incentive pay will not be changed by a complaints board. The senior executives of the RCMP are not viewed as police by members of the force. Lack of resources for actual serving police in the field is not [changed] by risk-averse executives,” Keane told The Epoch Times.

“A complaints board is not useful to what ails the RCMP. Complaints are an indication of dissatisfaction with the performance of members or processes of the force. The function of the board is to reply to complaints but it is not enough to merely answer complaints or even to address them.”