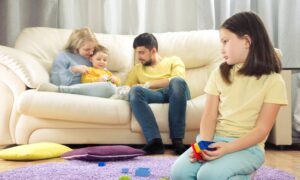 How Having a Favorite Child Can Affect Their Lives
0 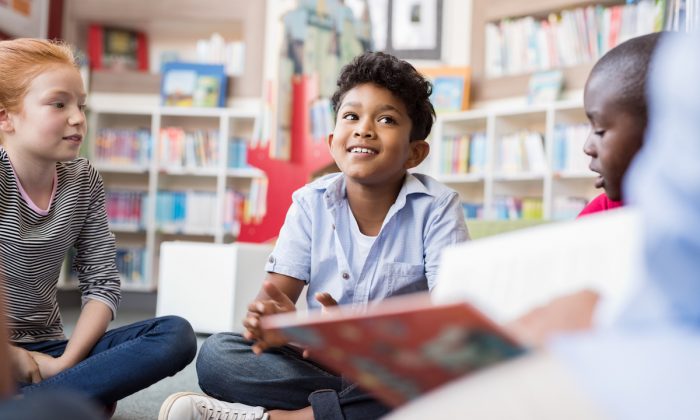 Multiethnic group of kids sitting on floor in circle around the teacher and listening a story. (Shutterstock)
Education

A bill proposed in Missouri would allow panels of parents to determine what reading material is suitable for children, and would punish public libraries and staff who loan children books that are deemed sexually “age-inappropriate.”

Missouri House Bill 2044 (pdf), formally known as Parental Oversight of Public Libraries Bill, was introduced on Jan. 8 by Republican state Rep. Ben Baker. Under the proposed bill, 5-member boards of local parents would be elected to review and decide whether books are inappropriate for minors. Public librarians are explicitly not allowed to serve on these parental review boards.

The parental review boards, according to the proposed bill, would hold public hearings to take suggestions regarding books that are potentially inappropriate and would have the authority to order the library to keep any such material from children. Any public library that allows children access to those “age-inappropriate sexual materials” would have their taxpayer funding canceled, and librarians who fail or knowingly refuse to comply with the act could face a $500 fine and a maximum one year of jail time.

“The main thing is I want to be able to take my kids to a library and make sure they’re in a safe environment, and that they’re not gonna be exposed to something that is objectionable material,” Ben Baker told local news outlet KOAM. “Unfortunately, there are some libraries in the state of Missouri that have done this. And that’s a problem.”

Although the bill seeks to prevent public libraries from making certain books accessible to children, it does not propose to remove any book from libraries.

In a Jan. 13 Facebook post, Baker explained that his bill was designed to target events like “Drag Queen Story Hours,” in which men dressed as women read to children at school or public libraries and lead them in song, and “agenda-driven literary content designed to encourage excessive interest in sexual matters.”

“This bill is NOT about banning or censoring books,” Baker wrote. “Instead of being in the children’s section, it would be placed in the adult section. If a parent consented to their child having access, then they could check out the content and provide it to them.”

The Missouri Library Association issued a statement in opposition to the bill, saying it “will always stand against censorship and for the freedom to read.”

“Public libraries exist to provide equitable access to information to all of its users, as it is key to having an informed populace,” it added. “Public libraries already have procedures in place to assist patrons in protecting their own children while not infringing upon the rights of other patrons or restricting materials.”