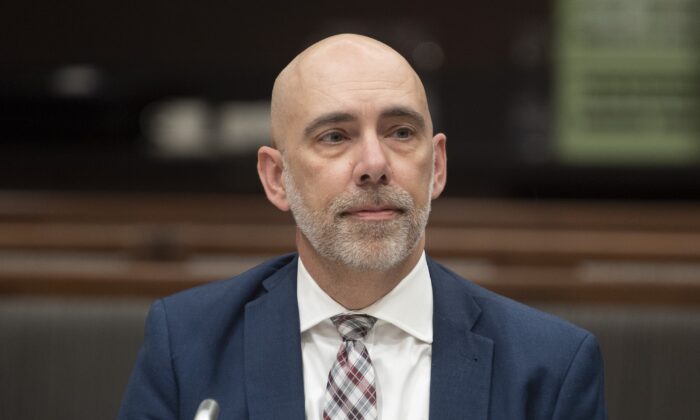 The federal government has underestimated by a huge margin the costs needed to extend French-language rights to federally regulated businesses in its proposed changes to the Official Languages Act, according to a report by the parliamentary budget officer (PBO).

Bill C-13 seeks to strengthen the state of French in federal public institutions and expand the use of the language in the federally regulated private sector.

Published on June 2, the PBO report found that the government’s push to promote “substantive equality” between French and English will incur costs far beyond what their finance ministry had budgeted last year.

“We expect private compliance costs to implement these rights to be $240 million in one-time costs plus $20 million each year in ongoing costs,” the report said. “These costs arise primarily from language training and bilingualism wage premiums for managers in designated bilingual regions outside Quebec.”

In the 2021 Economic and Fiscal Update, the Liberal government said they would allocate $16 million in 2022–23 to support the implementation of their proposed Bill C-13, an act that seeks to strengthen the state of French in public institutions and expand the use of French in the federally regulated private businesses, upon royal assent.

In response to the PBO’s inquiries, the Treasury Board of Canada Secretariat, one of the fund’s recipients, stated in the report: “[This amount] is not intended to support the implementation of the bill in its entirety, but rather to fund immediate implementation of the key legislative changes in the bill that will, upon Royal Assent, result in direct costs to the federal government to carry out its new responsibilities.”

In other words, the funding allocated is likely not sufficient to cover the ongoing costs arising from Bill C-13, the PBO said.

Other recipients include the Commissioner of Official Languages, Canadian Heritage, and Immigration, Refugees and Citizenship Canada.

The PBO requested details on how the money is currently being spent.

“The Office of the Commissioner of Official Languages (OCOL) indicated in response to our inquiries that it has not yet been advised what portion of the $16 million provided for C-13 it will receive,” the report said.

The budget watchdog did not receive a satisfactory answer from the remaining three government departments.

“In response to our inquiries, the Treasury Board Secretariat, Canadian Heritage, and Immigration, Refugees and Citizenship Canada refused to disclose their planned expenditures pertaining to the changes set out in C-13, either as a share of the $16 million for initial implementation or in terms of ongoing expenses,” said Parliamentary Budget Officer Yves Giroux in a press release.

Despite a “lack of cooperation” from the responsible departments, the PBO estimated that federal administration costs to implement those rights will rise by at least $2.9 million per year.

The Epoch Times reached out to the three departments for comment, but did not hear back by publication time.

The PBO said the report was prepared in response to a request from the Standing Senate Committee on Official Languages to provide an independent analysis of the financial cost of Bill C-13. The bill passed second reading in the House of Commons on May 30, and the Senate committee proceeded to pre-study it the next day.

If adopted, the bill will apply to Quebec immediately, and later extend to “regions with a strong francophone presence” such as New Brunswick, Ottawa, and some parts of Eastern and Northern Ontario.