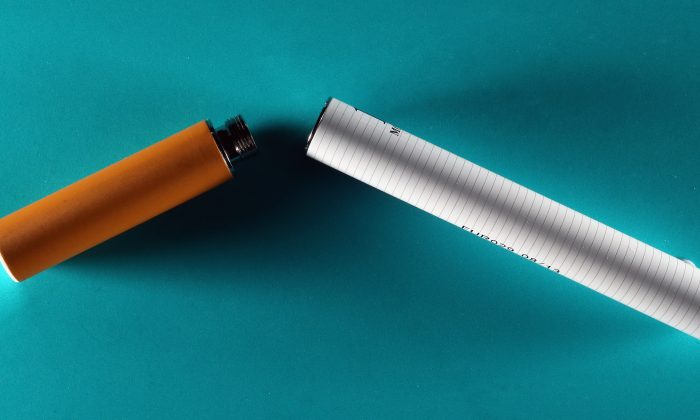 Photo of an electronic cigarette which replicates the act of smoking without the use of tobacco taken on June 12, 2013 in London. The cigarettes, which run on a rechargeable battery, turn nicotine and other chemicals into a vapor. (Oli Scarff/Getty Images)
New York

Proposed Bill Could Be the End of E-Cigarettes

The Consumer Advocates for Smoke-Free Alternatives Association (CASAA) obtained a leaked copy of the proposal on August 7. If the proposal is accepted, it would reclassify “tobacco products” to include e-cigarettes and related components, it would ban the display of e-cigarettes and smokeless tobacco in retail stores, and ban the sale of e-cigarettes or e-liquid in flavors other than tobacco, menthol, mint and wintergreen in areas other than an age-restricted “tobacco bar.” New York City law prohibits tobacco bars opened after 2001. Under the new laws, even an e-cigarette store would be prohibited from selling flavored e-cigarettes.

The move comes after a meeting of the NYC Committee on Health on May 2, 2013, whereby an NYC Department of Health representative said the Department “Had no intention of trying to regulate e-cigarettes,” CASAA posted on its blog.

Dr. Michael Siegel, a professor at the Boston University School of Public Health, told the Gothamist on August 9 that the bill is “basically telling a bunch of ex-smokers to go back to cigarettes, since virtually all electronic cigarettes are “flavored products” and thus subject to the sale ban.

But for many would-be smokers, electronic cigarettes are a safer, and in some cases life-saving alternative to the real thing, said Dr. Siegel. “I have no problems with this ordinance as a whole—raising the age, banning advertising.” But e-cigarettes are a product that’s literally saving people’s lives.”

The next meeting of the Health Committee is scheduled for August 22. Currently it is not known whether the ordinances will be voted on or not.

The Health Department did not comment on the draft.

“We are currently working on several tobacco bills with the Council. As part of any legislative process, there are various drafts and versions before a bill becomes final,” a spokesperson for the Health Committee said.