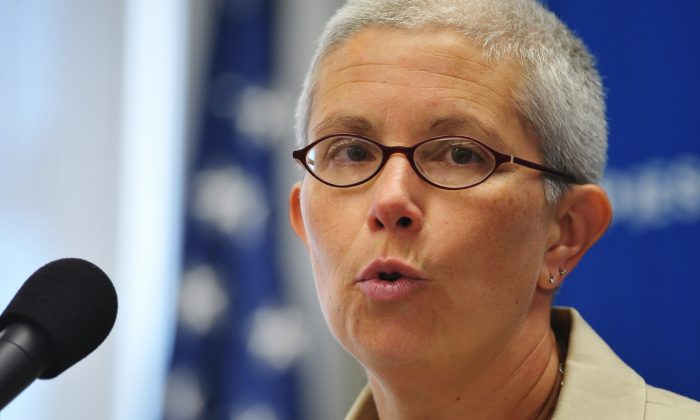 The Chinese regime is drafting its own anti-terrorism legislation to combat terrorists. Yet in the eyes the international organization Human Rights Watch (HRW), it is simply a tactic for legitimizing human rights violations in the country.

“China has seen appalling attacks on people, and the government has a duty to respond and protect the population. But in its present form this law is little more than a license to commit human rights abuses,” said Sophie Richardson, the China director of the rights watchdog. “The draft needs to be completely overhauled and brought in line with international legal standards.”

The proposed Chinese legislation, published in November last year, seeks public consultation, calls for the establishment of an anti-terrorism center, and the implementation of a mechanism for sharing intelligence across different departments and with international anti-terrorism organizations.

I believe such anti-terrorism law is intentionally trying to blur the line between anti-terrorism and ethnic disputes or people with different political views.
— Zhao Yuanming, Chinese legal expert

One of the concerns pointed out by HRW is the very broad and vague definition of “terrorism” in the legislation, which states that any thought, speech act or behavior that attempts to “influence national policy-making” is an act of terrorism. Under this definition, any advocate for changing policy, for example, could potentially be accused of committing terrorism.

“The broader the scope of the law, the easier it is to find the behaviors and comments of anyone breaching the law,” Zhao Yuanming, a senior Chinese legal expert said in an interview with New York-based New Tang Dynasty Television.

Under the current legislative draft, ongoing human rights violations would be justified while facilitating future abuses in the name of counterterrorism. That would especially be the case in the areas where legal protection is weak, such as the Xinjiang Uyghur Autonomous Region, HRW pointed out.

In the past few years, Xinjiang has been hit by much violence as ethnic and racial tensions in the region run high. Local Uyghurs accuse Chinese authorities of the brutal crackdown in the name of “counter-terrorism.”

The influx of ethnic Han Chinese settling in the region and oppressive restrictions on Uighur religions and cultural practices have been attributed to public resentment against the Chinese regime, according to Uyghur activists.

In August 2013, Chinese police killed 15 Uyghurs in an anti-terror raid. And in June 2014, Chinese authorities executed 13 people—three for allegedly attacking a local police station that killed 34 people and a fourth person was accused of setting off an explosive in 2012 that killed a child. The reasons for the execution of the other 9 people were not disclosed.

“I believe such anti-terrorism law is intentionally trying to blur the line between anti-terrorism and ethnic disputes or people with different political views,” said Zhao. “From now on, it is easier for [Chinese authorities] to enforce the law against any individual, or even arrest and prosecute anyone.”