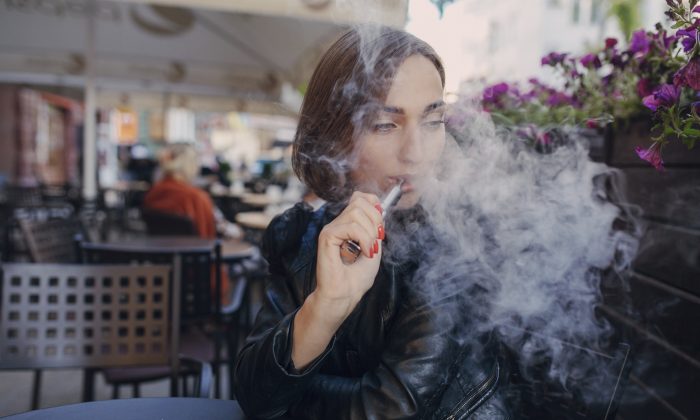 Proposals Would Set Age 21 as Minimum for Buying Smokes

BOSTON—As Boston considers raising the legal age for purchasing cigarettes and other tobacco products in the city from 18 to 21, Massachusetts lawmakers are weighing the possibility of a making such a change on a statewide basis.

Nearly 60 representatives and senators have signed on to a bill that would make it illegal to sell tobacco to people under 21, with penalties ranging from $100 up to $300 for repeat violations. The Legislature’s Public Health Committee held a hearing in July and could decide next year whether to advance the bill.

The minimum legal age for tobacco sales has emerged in recent years as a new front in the battle to curb smoking.

The Boston suburb of Needham in 2005 became the first U.S. town to impose a local ordinance setting the minimum age at 21 and several dozen Massachusetts communities have since followed suit.

Boston’s Board of Health has scheduled a hearing on Thursday followed by a potential vote Dec. 17 on Mayor Marty Walsh’s proposal to ban to those under 21 the sale of all nicotine products—including cigarettes, cigars, e-cigarettes and chewing tobacco.

“It is our responsibility to do what we can to guide our young people and create a healthier future for all Bostonians,” Walsh said in a statement. “We know the consequences of tobacco use are real and can be devastating.”

If approved, the new rules could take effect in February or March.

New York City raised the minimum age for tobacco purchases to 21 in 2013. Hawaii in June became the first U.S. state to do so, effective Jan. 1.

Backers of the effort cite several studies, including a March 2015 report from the Institute of Medicine of the National Academies that found that about 90 percent of daily smokers first used cigarettes before the age of 19. A legal age of 21 would “likely prevent or delay initiation of tobacco use by adolescents and young adults,” the report’s authors wrote.

Opposition has come from a coalition of Massachusetts retailers, convenience store operators and gas stations, all of which would stand to lose business if people between ages 18 and 21 can no longer buy cigarettes.

In its position paper, the Coalition for Responsible Retailing argued that the proposed Boston ordinance was “unjustified and misguided,” and fails to address the overall problem of underage smoking.

The group said retailers have been overwhelmingly in compliance with current laws to keep tobacco away from children and argued that Massachusetts should instead close loopholes in state law that allow adults, including parents and guardians, to provide tobacco products to teens below the current minimum purchase age.

“Ideally we would want it to stay at 18. There are other ways to get at youth smoking,” said Ryan Kearney, general counsel for the Retailers Association of Massachusetts.

Retailers would, however, likely prefer a single statewide standard than a confusing “hodge-podge” of different regulations in the state’s 351 cities and towns, Kearney said.

A change in the minimum age likely would have some impact on state revenues.

In the last fiscal year, the cigarette excise tax raised $510 million for the state’s general fund and $136 million went to the state’s health connector to help provide subsidized health care coverage, according to the Massachusetts Taxpayers Foundation.

The Legislature raised the tax by $1 to $3.51 per pack as part of a 2013 law that was aimed at freeing up more state revenue for transportation, including the financially-strapped Boston-area transit system.

Senate President Stan Rosenberg, while stopping short of taking a firm position on the bill, cited the health ramifications of smoking and the movement among many local communities to adopt the 21-year-old age rule.

“So that eventually gets to the point where people want it to be consistent around the state,” said the Amherst Democrat.

“It seems to be evolving in that direction,” he added.