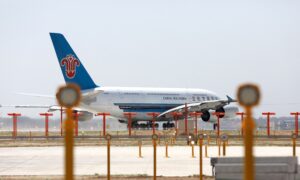 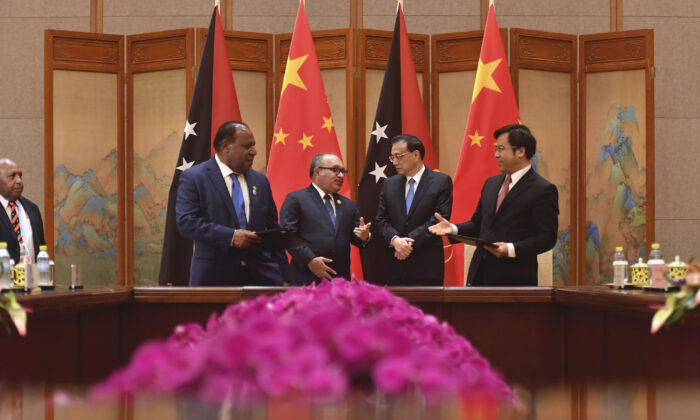 China could access Australia’s northern fisheries after it signed a deal with Papua New Guinea (PNG) to develop a commercial fishery plant as part of a Belt and Road Initiative arrangement, Beijing’s Ministry of Commerce has announced.

The proposed plant will be located on Daru Island in the south-west of PNG, about 200 kilometres north of Thursday Island at the tip of Australia. It will be built by the Fujian Zhongshong Fishery Company. The Guardian reported that the plant would be a hub for Chinese vessels entering the region and a place to process catches taken from the Torres Strait

PNG officials Lino Tom, the fisheries minister, and Taboi Yoto, the governor of Western Province, signed an agreement with Yan Aiwu, a representative from the fishery in Port Moresby, PNG on Nov. 12.

“This large investment project will bring employment to the local area and promote the economic development of Western Province and PNG,” Tom said. “On behalf of Prime Minister Malape, I thank Chinese investors for investing in Western Province and the Chinese Embassy in PNG for supporting the project.”

China’s ambassador to PNG, Xue Bing, said that the investment by Zhonghong Fishery Company would enhance PNG’s ability to develop and utilize its own fishery resources, a development the PNG government and the Papuan National Fisheries Authority have been actively seeking.

But there are fears in Australia for what this could mean.

Warren Entsch, the federal Liberal MP for Leichhardt in Far North Queensland, told The Guardian on Nov. 27 that the plant would impact Australia’s fisheries.

“You only have to look at what China has done in other places in the Pacific to ask the question of whose best interest it is in,” he said. “Is it in the best interest of the broader PNG community? I suspect not.”

But Entsch did note that there are legal avenues for control because fishing in the region is controlled by the Torres Strait Treaty between Australia and PNG.

Chair of the Torres Strait Sea and Land Council Gur A Baradharaw Kod Ned David told The Guardian the organisation was “extremely concerned” with the implications of the plan, including the increased risk of illegal, unreported, and unregulated fishing.

“We already have a number of Chinese operators in some of our communities, and I’ve asked that this is looked at and that some sort of due diligence be conducted around what I would categorise as a rogue element in the business.

“We have raised a number of concerns over the years with the Australian Fisheries Management Authority that we have had very little policing of the fishery,” David said.

Ecuador recently singled out a fleet of Chinese fishing vessels for overfishing near the protected Galapagos Islands. In August, it was reported to have a 30o strong flotilla.