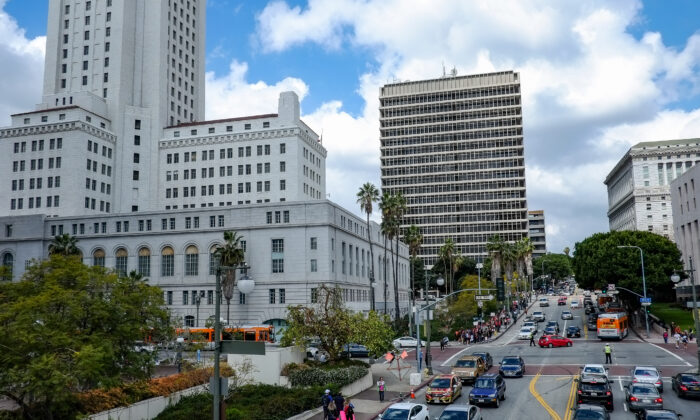 Recall proponents decided to suspend the campaign against Los Angeles City Councilwoman Nithya Raman on Sept. 17, and plan to regroup under a new Political Action Committee (PAC) for another round of recall efforts.

Scott Meyers, lawyer and longtime resident of Hollywood, told The Epoch Times that the proponents have all agreed to temporarily suspend the recall effort due to the inability to meet the deadline for signature gathering.

Meyers wanted to clarify that the recall proponents are not right-wing extremists like what Raman suggested before, he said, adding that the five proponents behind the recall belong to the Democratic, Independent, and Republican parties.

“This is new for all of us, none of us have started a recall before … There are a lot of procedures to get people motivated and to get rid of suspicion that this is some kind of right-wing effort,” Meyers told The Epoch Times.

Proponent Susan Collins also expressed that the pandemic-related challenges have made it difficult for volunteers to safely and effectively gather signatures by the Nov. 4 deadline. While the recall is suspended, they will find more alternative ways to contribute to the well-being of Angelenos.

“We’ve connected a large and diverse group of people who are passionate about making Los Angeles safer, cleaner, and healthier. We intend to be back and strategic about making the most impact,” Collins said in a statement.

The publisher of Los Feliz Ledger, Allison Cohen, launched the recall effort in May and named the committee CD4 (Council District 4) for CD4. The committee consists of 19 members representing the different neighborhoods in District 4.

Cohen insisted that the proponents and other constituents in District 4 will continuously monitor the progress that Councilwoman Raman is making to eliminate homelessness and crimes.

“While the recall may have been stalled by a factor out of our control, it provided Raman notice that constituents were and will continue to watch her carefully,” Cohen said in a statement.

Raman was the first member of the council facing recall a situation in 2021. A group of residents from District 4 launched the recall effort six months after she took office. The Los Angeles city clerk approved the recall petition on July 9 and the proponents will need to submit 27,405 signatures to move the recall forward.

For the next round of recall, the proponents aim to regroup the committee for a broader agenda.

The proponents denounced Raman for supporting density housing, policies on homelessness that are not supported by data or science, abolishment of police and prison, Marxist ideologies, and so on, according to the Recall Raman website.