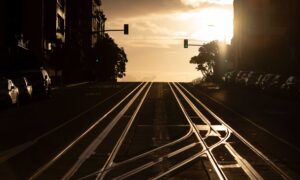 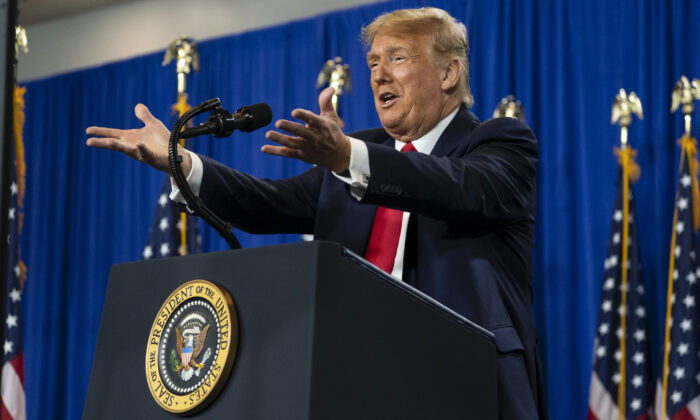 When Donald Trump ran for president in 2016, he got a lot of support from Christian Evangelicals, just as he’s getting this time. My Democrat friends asked me how a man who was not particularly religious and who has had some morally questionable incidents in his life, could get their support. I admitted that I, too, was puzzled. Until I thought more deeply on the question.

Evangelicals know the Bible. Progressives typically don’t and have misconceptions about it. In the Old Testament, the great leaders are either prophets or kings. The prophets were chosen by God, sometimes against their own desires, to spread God’s message and show them the ways of righteousness. The kings were chosen by the people to govern them, take care of administrative duties, and lead them into war, among other things. Kings were often deeply flawed human beings.

King David is considered by Jews and Christians as one of the most devout and important kings of the ancient Israelis. He led the Israelis in defeat of their enemies the Philistines, the Geshurites, the Gezites, the Jebusites, and the Amalekites. But he also took Bathsheba as his mistress, impregnated her, and sent her husband Uriah into battle to his death to cover it up.

King Solomon was considered the wisest of all Israel’s kings. He developed trade routes throughout the Middle East and in doing so, expanded Israel’s power and prosperity. He built the first Temple of God in Jerusalem. But Solomon purportedly took on 700 wives and 300 concubines, and to appease them he prioritized their own foreign religions over Judaism and his obligations to God.

Catholicism has popes who lead the church, unite the Catholics, and preach the teachings of Jesus. Catholicism also has saints who are ideal people who devote themselves to the ideals of Christianity. Yet only 83 out of 266 popes have been canonized as saints.

If you’re not particularly religious, there are other examples throughout history of great leaders who were deeply flawed. Ulysses. S. Grant led the Union troops in their defeat of the Confederacy in the Civil War. Yet he was a notoriously heavy drinker and struggled throughout his life with this problem. It’s said (perhaps apocryphally) that when Grant’s critics complained to President Abraham Lincoln about Grant’s drinking, Lincoln replied, “I wish some of you would tell me the brand of whiskey that Grant drinks. I would like to send a barrel of it to my other generals.”

Winston Churchill also had a drinking habit. And he had a notoriously biting wit that he used to insult his political opponents. He was also boorish and standoffish and reportedly bipolar. Yet he’s credited with saving Western civilization.

In more recent history is the example of Steve Jobs, a favorite among progressives in particular. Although I worked at Apple in the 1990s, I never knew him personally. I knew a lot about him, though, from reading every biography. I knew how he denied paternity of his daughter and refused financial support for her for two years. I knew how he cheated Apple cofounder Steve Wozniak out of money. And yet, he virtually created the personal computer industry, reversed the downward slide of Apple Computer in the 1990s, revolutionized the smartphone, and created one of the greatest tech companies in history. Yet everyone I know who worked for him said he was a jerk. A brilliant visionary. But also a jerk.

Democrats believe what they believe, which I sometimes think I understand but often don’t. I know that they’re not going to vote for Trump this election. But what do the Never-Trumpers believe? What do they believe as Republicans that prevents them from voting for Trump?

Certainly not conservative ideology, because Trump has already appointed more textualist/originalist judges than any Republican president in this century or the last including to the Supreme Court. They don’t believe in the U.S. Constitution, because while Trump threatens unconstitutional actions, as law professor John Yoo has pointed out, Trump has always respected the constitution and obeys court decisions. They’re not libertarians. Trump has shrunk the government since coming into office. They’re not neocons who believe in a strong foreign policy. Trump ended the atrocious Iran deal that gave money to the world’s leading sponsor of terror and instituted strong sanctions on Iran and Russia. They’re not allies of Israel, because Trump not only has been a great friend of Israel, but also has  brokered three unprecedented peace deals with Arab countries.

I would argue that Trump has been the best Republican president at least since Ronald Reagan. So why are some Republicans endorsing Joe Biden while others are actively campaigning against Trump?

As we learned in childhood, sometimes you need to do things that are unpleasant because it’s necessary. When you’re sick, you take medicine that tastes bad. If the COVID-19 cure is a sickening syrup or painful shot, most of us will endure it. The strength of your convictions is shown not when you do something easy for what you believe in, but when you do something difficult, something unpleasant.

I might understand the Never-Trumpers who sit out the election, refusing to vote for someone whose character they don’t like or respect, but the Never-Trumpers who are campaigning against Trump or openly supporting Biden would rather turn the country over to socialists who will dismantle the free markets, defund the police, pack the courts, coddle foreign dictators, and generally grab more control over our lives.

I admire and respect former Never-Trumpers such as Daniel Pipes, Ben Shapiro, John Yoo, and Rand Paul. Each one recognized that Trump has upheld conservative values and principles, even though they might not admire or even like the man personally. But the Never-Trumpers, who actively work against Trump are traitors. Not to America, but to the principles they claimed to support as Republicans.