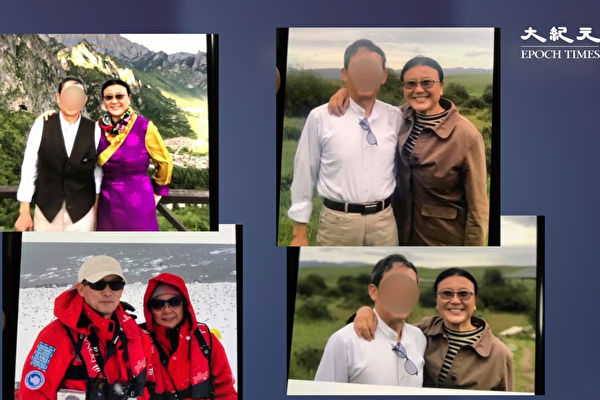 Ma Li, a propaganda official in China, was recently accused of corruption, taking bribes, and homewrecking.

Mr. Zhou, Ma’s illegitimate son, reported her activities to the authorities. When he received threats after refusing to withdraw his accusations, he decided to expose the case in Chinese media outside the country.

Ma, 65, was the former deputy editor-in-chief of People’s Daily, the official newspaper of the communist regime. She joined the paper in 1996. She was married to a writer, who died in 2013.

She became the deputy editor-in-chief and member of the twelfth National Committee of the Chinese Communist Party (CCP) in 2006. She took office as president of China Internet Development Foundation (CIDF), a government-approved charity, in August 2015.

Ma had an affair with Zhou’s father.

Mr. Zhou, who spoke to the Chinese-language Epoch Times on condition of anonymity on Jan. 10, revealed that Ma and his father served in the same army unit during the 1970s and thus knew each other for a long time. His father is currently the president of a music association in a city in Shandong Province.

According to Zhou, Ma is considered a minister-level official who lives in one of the Beijing residential complexes for top Chinese leaders.

“She caused my father to divorce my mother,” Zhou said. “Moreover, in January 2018, when my father was in Beijing, Ma asked me to go to Beijing and meet with them. Using intimidation and inducement, she asked me to facilitate my parents’ break-up.”

Ma promised that she would arrange a job for Zhou in Beijing, if he agreed to cooperate.

Zhou’s mother was also intimidated by Ma. Fearing that Ma could harm her son, she agreed to a divorce in March 2018.

“Ma used the CIDF for her own benefit,” Zhou wrote in his letter reporting Ma’s illicit activities to the authorities. Zhou said his father was offered positions at several companies related to Ma, including the CIDF and Shenzhen Ausa Pharmed Co. Ltd, where he is paid without performing any real tasks.

For instance, his father went to Antarctica with Ma to participate in a forum, bearing the title of a CIDF editor during the trip, Zhou said.

“A meal at these clubs costs over 20,000 yuan ($2,915), but her income is only around 20,000 yuan. This is certainly suspicious,” Zhou said. “Can you imagine how she carries herself like a high-status official? When we dined together, from entering the gate to taking off her coat, her secretary waited on her like a maid in ancient times. During the meal, her chauffeur, a senior, stood by her and tended to her needs from beginning to the end.

She once attended a conference in Inner Mongolia. During meal time, there was just one table seating Ma and some others, yet the host set up an entire stage for them to be entertained.”

Zhou said Ma has a large number of high-end gifts in her residence, such as, Cordyceps sinensis (an herbal tonic) and rare bird’s nests. One small box of Cordyceps sinensis costs thousands of yuan. Ma has several cartons in her stash.

Pressured to Withdraw the Accusations

After Zhou reported Ma to Chinese authorities, he received threats from several parties, including Ma’s secretary Hai Yangyang, an internet high-tech company, and a company in Xiamen, he revealed.

“Ma dares to do these evil deeds because she can control the media,” Zhou said. “The current general manager of People’s Daily video division is her former secretary. Her parents were communist officials, and she has a close relationship with several ministers, including the number one figure in China’s Internet censorship.”

People from the internet high-tech company that threatened Zhou also offered him money to withdraw the accusations. “They said they could pay me 500,000 yuan ($72,982), or up to 2 million yuan ($291,928), if I agreed to go to Hangzhou and sign a confidential agreement with them. They also said ‘it is very easy to make a person disappear from this world.’”

According to Zhou, Ma called and threatened him directly. “I have prepared a statement in case I die. In it I say, ‘There ought to be justice in everything in the world, and what I ask for is justice.’”

The Chinese-language Epoch Times called and texted Ma’s secretary Hai Yangyang several times to seek Ma’s comments, but has not received a response by press time.