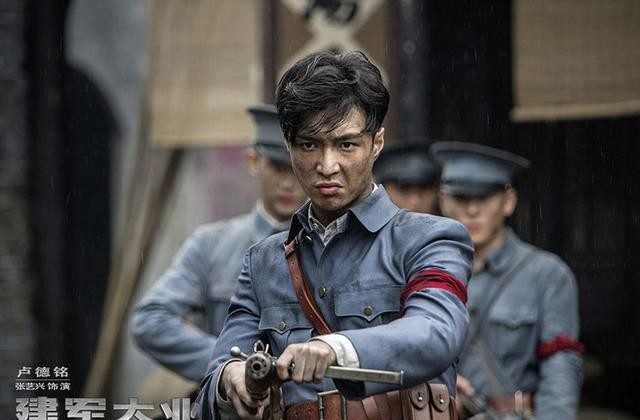 Poster for "The Founding of an Army," a propaganda feature film that has flopped badly at the Chinese box office. (MediaAsia)
China

Despite the Chinese regime’s extensive efforts to bolster its latest patriotic war film, movie-goers in China were not impressed with the propaganda piece, which has flopped in a big way at the box office.

The state-financed film called “The Founding of an Army” was released last week to commemorate the 90th anniversary of the founding of the Chinese regime’s People’s Liberation Army (PLA). The film is the third installment of a trilogy of propaganda movies called “Founding of New China” and just as in the case of the previous two, it features a cast with an excessive number of stars and has received heavy backing from the Chinese regime both in its production and cinematic run.

Directed by Hong Kong filmmaker Andrew Lau, “The Founding of an Army” is a hagiography of the Chinese regime. It seeks to dramatize the story of the 1927 Nanchang uprising and Chinese Communist Party’s early military struggle against the nationalist Kuomintang regime.

The film allegedly grossed the equivalent of $28 million USD in its first week. Even if the number holds true, it is still only one-fifth of the $142 million grossed by “Wolf Warriors 2.” This feature film also offers war, history, action, and patriotic themes, but with noticeably more Hollywood-style entertainment and less state-imposed propaganda elements.

The flop at the box office of “The Founding of an Army” is even more embarrassing for the Chinese regime considering that, as the Hollywood Reporter pointed out, Beijing’s state media regulators have ordered cinemas across the country to play the film on at least 45 percent of the nation’s screens. In the past, such intervention has frequently been made to help state-sanctioned propaganda films to gain a foothold in the box office in China.

Besides being universally panned by film critics and reviews outside of China, “The Founding of an Army” was also criticized by Ye Daying, the actual grandson of the Communist Red Army General Ye Ting, who is featured in the movie. Calling the movie “a reproach and distortion of the revolutionary history,” Ye Daying together with more than 25 descendants of the revolutionary leaders signed a letter demanding an apology from the filmmakers.

Douban, the most popular film review website in China, has forbidden any rating or comment by its users to be posted on the “The Founding of an Army” page, likely due to pressures from the Chinese regime seeking to avoid embarrassment.