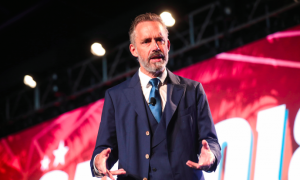 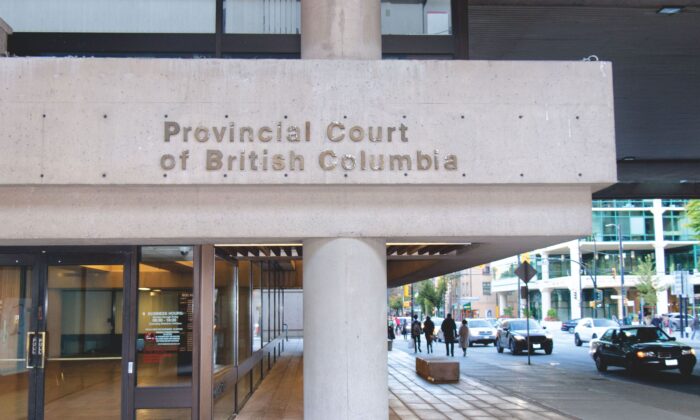 The Provincial Court of British Columbia in downtown Vancouver in a file photo. (Margarita Young/Shutterstock)
Viewpoints

Pronouns, Free Speech, and The Advocate

How democratic institutions are being weakened

The B.C. Law Society’s trade journal, The Advocate, is caught in the jaws of a disagreement between transgender advocates and court authorities, and those who favour traditional pronouns. At stake is The Advocate’s integrity as a forum of free discussion.

The journal had planned to publish competing viewpoints about a recent change in court procedure concerning gender pronouns. Word got out, and The Advocate, now in its 79th year, found itself threatened with human rights action and told that the pronoun issue was “not a topic that is open to debate.” That’s an odd thing to tell a respected journal of the law, which feeds on argument and debate. But such is the zeitgeist: Newspapers face similar pressures.

It all began when the B.C. Branch of the Canadian Bar Association formed a committee to deal with inclusion. At issue for the committee was the protocol for lawyers identifying themselves and their clients in court. Based on the committee’s recommendation, both the Supreme Court of British Columbia and the B.C. Provincial Court changed the rules on this protocol last December.

The Advocate published the Provincial Court’s notice on the new rules in its March 2021 edition, and in its Entre Nous commentary it also reprinted the court’s explanation that accompanied the notice.

The explanation states that before the change, a lawyer introduced himself or herself and the client as follows: “My name is Jane Lee, spelled L-E-E. I am the lawyer for Joe Carter.” Under the new protocol, counsel is required to state their name, title, and pronouns to be used for themselves and their client, as in: “My name is Ms. Jane Lee, spelled L-E-E. I use she/her pronouns. I am the lawyer for Mx. Joe Carter who uses they/them pronouns.” The explanation adds that Mx. is pronounced “mix” and is a gender-neutral title.

If a lawyer disagrees with the change and declines or forgets to follow the new rules, he or she will be prompted by a clerk. In the case of pre-trial conferences where no clerk attends, the judge or justice does the enforcing.

What’s the rationale behind it?

“Using incorrect gendered language for a party or a lawyer in court can cause uncomfortable tension and distract them from the proceedings,” states Chief Judge Melissa Gillespie on the Provincial Court’s website. “The Court hopes its new Notice will contribute to a culture that is inclusive and respectful of everyone.”

We heard similar words when it was announced that John A. Macdonald’s name would be stripped from the law school building at Queen’s University in Kingston, Ont. His name had graced the school for 60 years but was said to have made some students “uncomfortable” lately.

Never mind Macdonald’s feats as a lawyer and founder of Canada. The woke found him uncomfortable, so he was removed.

Citing discomfort today, no matter how spurious the claim may be, is like waving a magic wand. It gets results, though it shouldn’t necessarily. To paraphrase Edmund Burke, four crickets in a field make more noise than a herd of cows, but that doesn’t mean the cows don’t count.

And what exactly does comfort have to do with justice? Legal proceedings are often uncomfortable by virtue of the process to determine innocence and guilt. Facts are dug up and hard questions asked. Witnesses under cross-examination are often discomfited. What’s next for the courts—forbidding uncomfortable questions? Life is intrinsically uncomfortable.

The Advocate received several comments from readers opposed to the pronoun changes, and word got out that the journal’s editors planned to present both sides in order to be fair. As a result, “We were rather dramatically cautioned that what The Advocate publishes on the matter could result in a human rights complaint against us. We have also been advised that this is not a topic that is open to debate and that criticism of the directions may amount to hate speech,” the editorial states.

“We are damned if we publish the comments and we are condemned if we do not.”

The editors were also informed that funding for The Advocate may be at risk if it publishes views contrary to those of the Law Society, though that threat came not from the society itself.

Such coercion is typical of the tactics used by adherents of critical theory from the Marxist Frankfurt School and those in their sway. They seek to delegitimize institutions like courts, free speech, the press, and police. As the attacks on Macdonald, Churchill, and even Abraham Lincoln show us, history’s heroes are also targeted.

The “discomfort” plea is a ploy to pander to people’s sensitivities (good people want to put others at ease) to undermine by stealth. We’re in a fight, it is clear, and at risk are the values and venerable institutions of Western civilization. Communists, anarchists, and fascists have hacked away at these for more than a century, and this is just the latest skirmish. We need to take it seriously, though, in part to respect those who died for freedom in the 1939–45 war.

There is hope: Teaching assistant Lindsay Shepherd won the fight against university authorities who accused her of creating a “toxic climate” in class by presenting Jordan Peterson’s views opposing gender-neutral pronouns. Apologies followed.

In the United States, an Ohio professor won a pronoun case in a federal appeals court on March 26 when the court ruled that his First Amendment rights (free speech) may have been violated. He had declined to address a biological male student with female pronouns.

Peterson, a University of Toronto psychology professor, argues that we not submit to the demands of Marxist deconstructionists by ceding ideological and linguistic territory on this issue. Having studied authoritarianism for years, he says this is how it takes root. Students have insisted Peterson use alternate pronouns in addressing them and he has refused, hero that he is.

“Free speech is not just another value,” Dr. Peterson told the BBC. “It’s the foundation of Western civilization.”

The editors of The Advocate are between a rock and a hard place, but there really is only one path forward: Publish the views of both sides, and let the chips fall where they may.

Brad Bird is an award-winning reporter and commentator based in B.C. His father and two uncles fought in the 1939–45 war. He has read The Advocate for years, even the wine column.