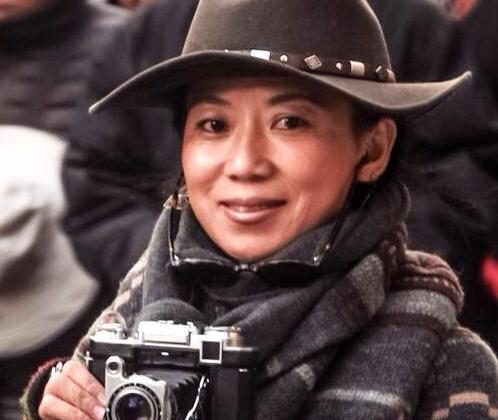 Tsering Woeser, a well-known Tibetan writer and activist, reported that Facebook deleted one of her posts about a self-immolation in Tibet recently.

“I’m shocked,” she wrote in a post about the deletion. “From 2008 when I registered my Facebook account, for six years, this is the first time I’ve encountered a post deletion.” She said that now it appears Facebook has it’s own “little secretary,” referring to an enforcer of political censorship.

The post referred to the self-immolation of the 38-year-old Tibetan monk Pawo Kalsang Yeshi, the 142nd to set themselves on fire in protest of Chinese rule in Tibet. The immolation took place in Dawu county of the Garze Tibetan Autonomous Prefecture in the province of Sichuan, at about 11 a.m. outside the gates of a police station attached to a Tibetan temple that is under government control.

Woeser linked to a video, which was also posted to Facebook (and later also deleted). It is unclear whether the video was visible in the initial post.

Facebook did not immediately respond to questions about the deletion. The company’s community standards provide no hard and fast standards for the kind of information Woeser posted: there are guidelines on appropriate posting of “graphic content,” for example, but it is unclear whether Facebook staff deemed Woeser’s post a violation of that guideline.

Users can report posts that they believe violate community standards, which are then given further scrutiny by Facebook.

The deletion comes soon after Mark Zuckerberg, the CEO of Facebook, traveled to China for high-profile meetings with the top Chinese internet censor, Lu Wei.

He also purchased copies of Chinese Communist Party leader Xi Jinping’s book, “The Governance of China,” to distribute to his staff, so they could learn about “socialism with Chinese characteristics.” The move was widely mocked as gross sycophantism by observers.

Woeser made clear in a Facebook post that she thought the deletion was part of creeping censorship. “First they ban this, then they delete that, then they ban the other thing, delete it too—and slowly but surely, by and by… well, you know how it turns out.”

Update: Facebook several hours later responded with a statement: “Facebook has long been a place where people share things and experiences. Sometimes, those experiences involve violence and graphic videos. We work hard to balance expression and safety. However, since some people object to graphic videos, we are working to give people additional control over the content they see. This may include warning them in advance that the image they are about to see contains graphic content. We do not currently have these tools available and as a result we have removed this content.” Facebook didn’t say whether the post was flagged by members of the community, or how it came to the attention of the staff.