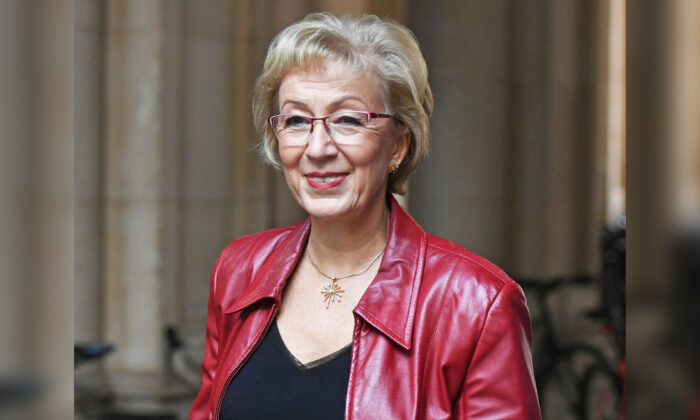 A prominent pro-Brexit lawmaker has accused Prime Minister Boris Johnson of “unacceptable failings of leadership” over the COVID-19 breaches in Downing Street, putting further pressure from an increasing number of party colleagues for him to resign.

Former Cabinet minister Dame Andrea Leadsom, who was an ally of Johnson during the 2016 Brexit referendum campaign, said in a letter to her constituents that the “extent and severity” of the rule-breaking in Number 10 meant it was “extremely unlikely” the senior leadership did not know what was going on.

An official report on the so-called “partygate” scandal by senior civil servant Sue Gray, published on May 25, detailed events at which officials drank so much they were sick, sang karaoke, became involved in altercations, and abused security and cleaning staff at a time when millions of people across the country were unable to see friends and family due to pandemic restrictions.

Gray wrote that “the senior leadership at the centre” must bear responsibility for the breaches, which resulted in a total of 126 fines issued to 83 people, including Johnson, his wife Carrie, and Chancellor Rishi Sunak.

Leadsom said her conclusion after reading the Sue Gray report is that “there have been unacceptable failings of leadership that cannot be tolerated and are the responsibility of the prime minister.”

In the message, which was shared on social media, she stopped short of directly calling on Johnson to resign, but said: “Each of my Conservative colleagues and I must now decide individually on what is the right course of action that will restore confidence in our government.”

Her intervention is a further blow to Johnson as a steady stream of Tory MPs have been calling on the prime minister to stand down after the Gray report was published last week.

Former foreign secretary Lord Hague said the Conservative Party “will need to resolve this one way or another.”

The prime minister is “in real trouble” and Tory MPs are “moving towards having a ballot” on his leadership, Hague told Times Radio.

The prime minister could face a leadership challenge if 54 Conservative MPs—15 percent of the parliamentary party—write to the chairman of the influential 1922 Committee of Tory backbenchers, Sir Graham Brady, calling for a vote of no confidence.

While only 25 Tory MPs have so far publicly called for Johnson to step down, it does not necessarily reflect the total number of formal letters submitted to Brady, which is kept secret.