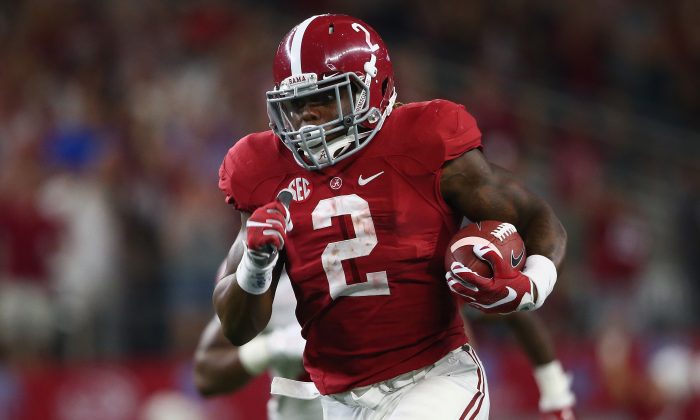 The college football regular season is just a week away from finishing, and that means we’re even closer to the nation’s top individual prize—the Heisman Trophy, which will be awarded on Dec. 12. Although the criteria is somewhat subjective, the award seems to go to either a quarterback or running back—and in rare cases a wide receiver—on one of the country’s top teams.

Based on those loose guidelines, here are the five best bets to bring home the Heisman:

Though McCaffrey’s run of nine straight 100-yard games came to an end in the 38–36 win over Notre Dame on Nov. 28, he still ran for 94 yards against the Irish’s tough defense. The multi-threat back showed his versatility in the Oct. 24 win over Washington when he ran for 109 yards while catching five balls for 112 yards—his only 100–100 game of the season and the first by a Stanford player since 1991. He also had 79 kick return yards in the same game against the Huskies and is currently fifth in the country with a 29.7 yards per kick average.

The dual-threat Watson not only is one of the top passers in the game, his 756 yards rushing are second on the team. Yet, consistency would be Watson’s best trait. Only once in 12 games has he been held to under 65 percent passing, and that was when Notre Dame held him to just 10/21 passing for 84 yards. But Watson threw for a pair of TDs against the Irish while running for 93 yards and another TD in the gritty 24–22 win.

Fournette had such a big lead in October it was almost unfathomable that anyone could pass him. He started the season with seven straight games with 150 or more yards rushing while looking like the next Bo Jackson in the process. But then on Nov. 7 Alabama happened. The Crimson Tide held the unstoppable star to just 31 yards on 19 carries as previously undefeated LSU fell 30–16, beginning a downward spiral. The next two weeks Fournette was held to 91 and 108 yards in losses to Arkansas and Ole Miss, before he burned Texas A&M on Nov. 28 for 159 yards in a win.

If heart were a category, Mayfield would lead the league in it. Though he doesn’t seemed to be blessed with great natural ability, the former walk-on has virtually willed Oklahoma to an 11–1 mark and a Big 12 title. He has five 300-yard games and eight times he’s thrown at least three TDs, but his flawlessness at the end of the 2OT win at Tennessee—where he went 11/14 for 103 yards and 3 TDs in the fourth quarter and overtimes after starting just 8/25 passing—was a Heisman-worthy performance.

While Fournette virtually dropped out of the Heisman race in the loss to Alabama, Henry conversely threw his Heisman hat into the ring during the same game. The junior rushed for 210 yards and a trio of TDs in the win—his second 200-yard game of the year to that point. Henry followed that with 204 against Mississippi State and then 271 two games later against Auburn. Along with his 236 against Texas A&M, Henry went for more than 200 yards in four of his last six games to take the national lead in rushing.