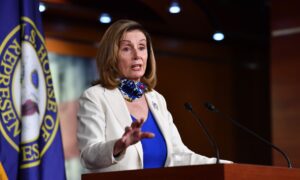 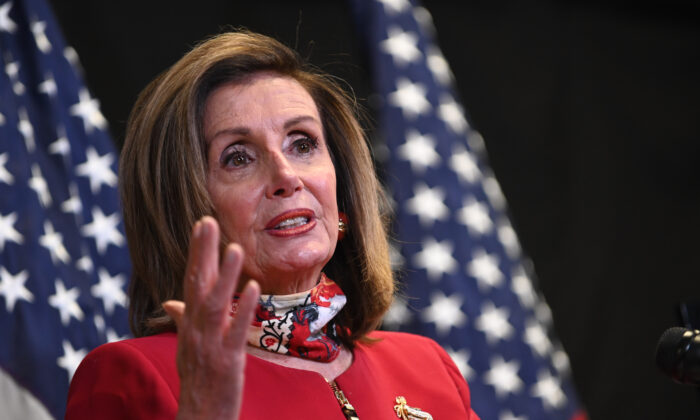 Projected wins in House races put Democrats over the 218-seat threshold and in control of the chamber for the next two years, albeit by what is likely to remain a paper-thin margin.

The day after the election, most analysts and politicians predicted that Democrats would hold the House, but by a far tighter margin than the 50-seat buffer predicted in some polls.

“We lost some battles, but we won the war. We have the gavel,” House Speaker Nancy Pelosi (D-Calif.) said during a news conference last week.

Pelosi might face a challenger but will likely keep the gavel, Democrat and Republican campaign strategists told The Epoch Times earlier this week.

Wins yesterday for Democrats in Washington, Arizona, and California put projections for the party over the 218-seat mark.

In Arizona’s 1st Congressional District, AP and other decision desks have called the race for Tom O’Halleran (D-Ariz.) over Republican rival Tiffany Shedd.

Republicans are in the lead in 13 of the remaining 16 races, according to AP and Decision Desk projections. So far, Republicans have gained five seats with a current total of 201. Democrats have 218.

Those total tallies assume no knock-on effect to House election results from the challenges to the election—including recounts and lawsuits—being mounted by the Trump campaign in some swing states.

The leader of the House Democrats campaign committee, Rep. Cheri Bustos (D-Ill.) has announced she will not seek another term at the helm.

Pelosi also said in a letter that she would run again for the speaker position. It isn’t clear if there will be any challengers.

“I am writing to request your support to be reelected as speaker,” she wrote. “I do so with the utmost respect for the diverse viewpoints of our Democratic Caucus, the gravity of this role and the urgency of the challenges ahead. I also do so with the great joy and appreciation to so many of you who have already offered your support.”

Despite not winning, House Republicans have hailed their performance as a success. “The Republican coalition is bigger, more diverse, more energetic than ever before,” House Minority Leader Kevin McCarthy (R-Calif.) said the day after the election.

“Pundits said Republicans would lose 15-20 seats in the House,” McCarthy wrote on Twitter. “But the reality is that we gained seats with an incredible group of candidates who are women, minorities, and veterans.”

A record number of women will serve in Congress after the election, driven by successes in the Republican Party, results show.

In total, Republicans have so far beaten incumbent Democrats for seven House of Representatives seats. Six of those winners were women.