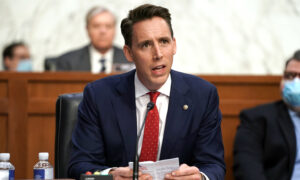 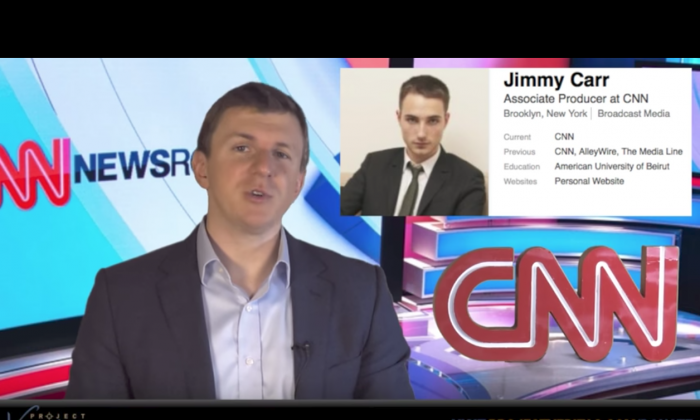 Jimmy Carr, the Associate Producer for CNN’s New Day was caught on video saying CNN is impartial “in theory” and calling American voters “stupid as [expletive].”

The recording, apparently captured without Carr’s knowledge, was released by Project Veritas, a non-profit dedicated to exposing “corruption, dishonesty, self-dealing, waste, fraud, and other misconduct in both public and private institutions,” its website states.

Most of the clips show Carr expressing his negative views of President Donald Trump as well as saying almost all of his direct coworkers are unanimous in their negative view of the President.

“Ninety percent of us are on board with just the fact that he’s crazy,” he recorded as saying.

But he also expressed a cynical view of CNN as well as the American electorate.

This was the third secret recording of CNN employees Veritas released this week.

In the previous video, released on Wednesday, CNN political commentator Van Jones said that the network’s narrative about the collusion between the Trump campaign and Russia is “a big nothing burger.”

CNN has been pursuing the story to boost its ratings, Bonifield was also recorded saying. The network’s ratings have been up significantly since the election.

“CNN stands by our medical producer John Bonifield. Diversity of personal opinion is what makes CNN strong, we welcome it and embrace it,” CNN said in a statement following the videos.

Jones, meanwhile, recently made his views known on the Russia collusion narrative.

The Project Veritas video on Bonifield reached the No. 1 slot of the YouTube trending list on Tuesday. President Trump sent a Twitter message containing the video that day and later commented on the story.

“Fake News CNN is looking at big management changes now that they got caught falsely pushing their phony Russian stories. Ratings way down!” he wrote. “So they caught Fake News CNN cold, but what about NBC, CBS & ABC? What about the failing @nytimes & @washingtonpost? They are all Fake News!”

“I think it’s a disgrace to all of media, to all of journalism,” Sanders said. “I think we have gone to a place where if the media can’t be trusted to report the news, then that’s a dangerous place for America. And I think if that is the place that certain outlets are going, particularly for the purpose of spiking ratings, and if that’s coming directly from the top, I think that’s even more scary, and certainly more disgraceful.”

The three videos come at an ominous time for CNN, having just retracted a story about the Trump-Russia collusion theory. Three journalists who worked on the story resigned in the aftermath. The story claimed that President Trump associate Anthony Scaramucci is linked with a $10 billion Russian investment firm. CNN has since issued an apology to Scaramucci.

The retraction and the resignations came about after the network was threatened with a $100 million libel suit, according to a Tuesday story based on anonymous sources published by the New York Post.