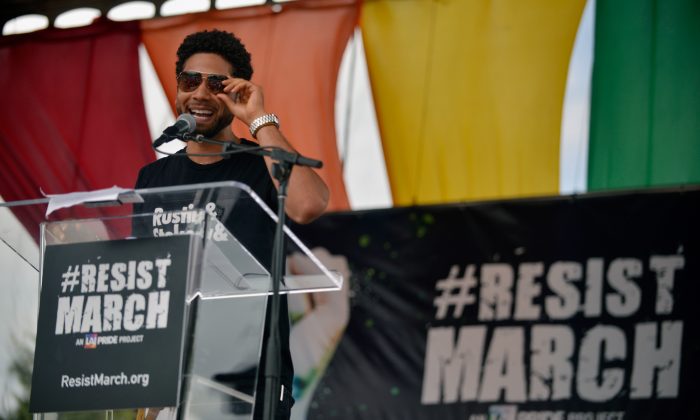 Progressivism and the Sensual Satisfaction of Hatred

For many in the generation who enjoyed “The Sting,” which centered around shenanigans that propelled a bunch of con artists to defraud a genuinely bad guy, recent developments in the progressive hoax industry come as a big disappointment.

Certainly, former President Barack Obama’s assurance, “If you like your health care plan, you’ll be able to keep your health care plan,” draws kudos for boldness, scale, and prevarication Pinocchios. But since the “mark” comprised the entire country, which should not be regarded as the bad guy (except deplorables, of course), most of us have a hard time thinking about our former swindler-in-chief in the same terms as the likable and handsome duo that starred in “The Sting”: Paul Newman and Robert Redford. It is impossible not to conclude that something is seriously amiss.

Political con games have gotten much worse, less skillful, less convincing, and easily exposed, generating a con conundrum, so to speak. Certainly, there’s no lack of examples. Peter Hasson compiled a list of 21 hoax “Hate Crimes” during the Trump era, concluding his treatment with an appeal to readers: “Did we miss any hoaxes? Shoot me an email.”

This in response to Jussie Smollett’s recent entry with a swindle so stupid his story disintegrated faster than a muffin pummeled by a rainstorm. Question is, what’s behind all this?

There is no shortage of efforts to account for Jussie’s leap into the welcoming embrace of what now qualifies as a fraternal order, given the numbers involved.

Heather Mac Donald’s sensible explanation focused on the allure of victimhood, the nearly irresistible urge to wallow in a public domain gushing with approbation and sympathy, based on a “not-irrational wager that a patently preposterous narrative” would be immune from investigation. He just happened to guess wrong, that’s all.

Tucker Carlson was also on target in ascribing hoaxers’ goals to the political needs of leftists, “because stoking race hatred ensures continued power for the Democratic Party.”

Carlson suggested that racial animosity “holds their constituencies together. That is the point of identity politics. It is why they are forever reopening the wound.”

Of course, this means that racial hoaxes will continue because their political utility is indispensable. A more discouraging prognosis can hardly be imagined.

Unless, unfortunately, the combination of psychological yearnings and political needs brew serial perfect storms in the public sphere, endlessly. The result is hoaxes that aggravate hatreds in the populace while providing sensual satisfaction for their perpetrators and beckoning eager provocateurs to test their talents, concoct more sophisticated scams, and gain approbation from a gullible and corrupt media establishment.

On first impression, putting the words “sensual satisfaction” and “hatred” in the same sentence requires a leap of thought at least as great as imagining Lee Greenwood singing “God Bless the USA” at a Democratic National Convention.

Fortunately, Paddy Chayefsky made this task easier with his screenplay adaptation of William Bradford Huie’s novel, “The Americanization of Emily.” This masterpiece appeared in 1964 and starred a superb cast that included James Garner, Julie Andrews, James Coburn, and several other accomplished actors. The film ranks as one of the best anti-war movies ever made.

Its premise is based on the duties of self-professed coward Lt. Cmdr. Charlie Madison who is a “dog-robber” in charge of keeping his admiral well-fed, well-groomed, well-regarded, and appropriately entertained during the days immediately prior to the Normandy invasion.

In one scene, after a stunning “outburst” against “America-haters,” Charlie is invited to meet the mother of his love-interest, Emily, at their home. Before tea is served, however, Emily shows Charlie pictures of her family, pointing out that she had lost her father, a brother, and her husband to the war, along with a slew of cousins. “I must say,” Emily concludes, “the family has been thinned out nicely one way or the other.” Then she turns to Charlie:

EMILY: Charlie, before we go out to my Mum, I must tell you she’s a bit mad. Oh, you’ll like her very much. She is very funny. But she may just yatter away about my father and brother as though they were still alive. Just go along with her. You understand?

CHARLIE: Oh, I understand. You don’t want my Hershey bars. [He brought two boxes for the occasion.]

EMILY: I think it profane to enjoy this war.

CHARLIE: You know, I never realized what a sensual satisfaction grieving is for women.

This is one of the most telling observations made by Charlie Madison—deriving “sensual satisfaction” from experiences that often overwhelm individuals with inconsolable agony.

Coward or not, the lieutenant commander unveiled an aspect of human nature that unfortunately has manifested itself in more inexcusable ways in American politics. However, grieving is not the focus here. Following Madison’s lead, we might say, “You know, I never realized what a sensual satisfaction hatred is for progressives.” How satisfying? Let us count the ways.

Screams, Drums, and Epiphanies of Outrage

One of the most stunning aspects of progressive politics is reliance on techniques that have distinguished totalitarian governments in the modern era, which is emphasis on staged performances that assault one’s ears, eyes, and the public order. Nothing gets the adrenaline rushing and the feel-good vibes quivering like a bevy of primal screams against your adversaries. Sensual satisfaction oozes from well-ventilated lungs.

Thus, during the first two days of Brett Kavanaugh’s judiciary committee hearings, Capitol Police arrested 143 protestors on charges of disorderly conduct, no doubt based on training many had received during their college days. Some were paid for their troubles. Winnie Wong, a senior adviser to the Women’s March, declared such activities as “well-organized and scripted.”

It was not the chaos observed on television by any stretch of the imagination; chaos would be harmful, dangerous, unpredictable. This was orchestrated hatred in full-venting mode.

Unlike the Kavanaugh hearings, which were well-documented on a real-time basis, video footage of the Covington students standing up to a group of obscenity-spewing, committed haters were initially edited for propaganda effects. This charade lasted only for a few days, when it became clear that the drum-pounding crank in fact had gone out of his way to provoke the youngsters into doing something stupid and newsworthy.

Didn’t work, we now know; all he received was a disarming smile that many entertainers and puffed-up pundits wanted to smash. Why? Denunciation of others flatters your ego, corroborates your views, and provides sensual satisfaction for your hatred—a win, win, win scenario.

Many have likened the Covington students episode with Jussie Smollett’s amateurish prank, but in fact, the two differ in at least one important respect. Cons are planned, well or not, but the Covington incident was a spontaneous interaction that generated predictable responses.

The hoax was in media coverage, not the event itself. Indeed, the media narrative itself may be regarded as the mother of all hoaxes.

Consider, for instance, reactions of prominent politicians to initial reports of Smollett’s charade. Cory Booker: “An attempted modern-day lynching”; Nancy Pelosi: a “racist, homophobic attack … an affront to our humanity”; Kamala Harris: “We must confront this hate.”

What conclusion can be drawn from this noxious combination in our public life? Psychological compulsions propelled by political necessity? At least one comes to mind.

No Concept of News

It’s not necessary to add many words about a media establishment enthralled by the narrative, such that many journalists find it impossible to report stories that don’t fit their preconceptions. This point has been substantiated for years, highlighted most recently by the media’s unprecedented hatred of President Donald Trump.

Suffice it to say that when you’re following the narrative, you’re not following the news, or the facts. At no time has this point been clearer than in accounts of Jussie Smollett’s failed attempt to sell a fraud to professional dissemblers.

Perhaps the “professional” signifier is the most disturbing aspect brought into bold relief by the past several years of political con games. Professionals take pride in what they do, regardless of when they encounter situations that challenge their views or even threaten their lives.

The cop on the beat, a scientist in the lab, an athlete on the field of play—all understand that professionalism means putting aside personal predilections and making sacrifices for a greater good, which is what their occupations require: curb crime, probe the data, contribute to your team. Or, in the case of political reporting and making public statements, seek the facts and tell the truth.

Few reforms are more important to American politics and media today than a restoration of professionalism. Too many practitioners in both fields have been corrupted by crippling animosities and perverted beliefs. And as we have witnessed—especially in recent years—too many have succumbed to the sensual satisfactions of hatred.

Marvin Folkertsma
Follow
Marvin Folkertsma is a retired professor from Grove City College. He is the author of several books, including Ideology and Leadership, Agony of Survival, Criminal Intent, and The Thirteenth Commandment. Agony of Survival was an alternate selection of the Jewish Book Club and nominated for the National Jewish Book Award. He also is a frequent contributor of op-eds that have appeared in news publications throughout the country. His interests are wide-ranging and include American political institutions, political thought, literature, and American studies generally.